Tensions are running high at limón Rotisserie, a Peruvian bistro in San Francisco named after the foodstuff central to their signature ceviches and pisco sours. “Our restaurant name is limón,” says owner Martin Castillo. “We have to use lime.”

That’s an increasingly costly proposition. America gets 97% of its limes from Mexico, and a combination of bad weather and disease has sent that supply plummeting and prices skyrocketing. A 40-lb. (18 kg) box of limes that cost local restaurateurs about $20 late last year now goes for $120. In April the average retail price for a lime hit 56¢, more than double the price last year.

Across the U.S., bars and restaurants are rationing their supply or, like Alaska Airlines, eliminating limes altogether. In Mexico, the value spike is attracting criminals, forcing growers to guard their limited supply of “green gold” from drug cartels.

Business owners who depend on citrus are hoping that spring growth will soon bring costs back to normal. “Until then,” says Castillo, “we just have to take the heat.”

Charlotte, N.C., got its fourth mayor in the past year on April 7 when the city council named state senator Daniel Clodfelter to succeed Patrick Cannon, who resigned in March after being arrested on public corruption charges. Before Cannon, Patsy Kinsey served out the term of Anthony Foxx, who left to become the U.S. Transportation Secretary.

Maryland became the second state, after Connecticut, to act on President Obama’s call to significantly boost the minimum wage, with lawmakers voting on April 5 to raise the baseline pay in the state from $7.25 to $10.10 an hour by 2018. The legislation was a priority for Democratic governor Martin O’Malley. He said he’ll sign another newly passed measure, which removes criminal penalties for adults caught with less than 10 g of marijuana.

29% The percentage of mothers who don’t work outside the home, up from 23% in 1999, according to a new report from the Pew Research Center. Analysts attribute the rising number, a reversal of a three-decade trend, in part to the poor job market.

DEBT A settlement ending the legal fight over Rhode Island’s 2011 pension overhaul was blocked on April 7 by the smallest of the six affected public employees’ unions, scuttling a deal that has been held up as a national model for states trying to get a handle on runaway municipal debt. State officials and unions will now return to mediation. 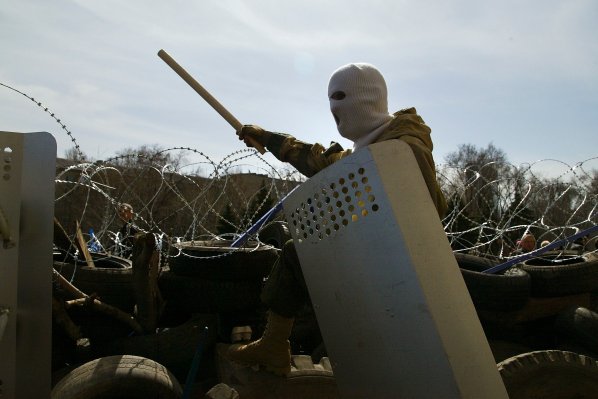 World
Next Up: Editor's Pick