Sen. Mitt Romney (R-UT) at a news conference on May 08, 2019 in Washington, D.C.
Chip Somodevill—Getty Images
By Abby Vesoulis

Political enthusiasts had some scary-good Halloween costumes this year, but the most “delectable” among them might have been that of Sen. Mitt Romney’s grandson, Thomas, who dressed as Pierre Delecto.

Romney’s eldest son, Tagg Romney, took to Twitter Thursday morning with pictures of his son Thomas’s version of the look. The costume included a tuxedo, beret, mustache, sunglasses and a name-tag that read “Pierre Delecto” directly underneath a crossed-out “Mitt Romney.”

Pierre Delecto was the name of the ‘private’ Twitter account Romney had, for years, been using for social media snooping and self-promotion, before it was recently uncovered by Slate reporter Ashley Feinberg. After the Utah Republican dropped hints about the account’s existence to the Atlantic’s McKay Coppins, Feinberg was able to identify the alias by parsing through the accounts Delecto followed (specifically, Romney family members with only a small Twitter presence themselves), as well as how often the account said nice things about Romney.

Sen. Romney confirmed the account was his soon after Slate‘s exposé. “C’est moi,” he told Coppins.

He seemed to find the costume as funny as the rest of the Internet did. “Out of the will!” Romney tweeted about Thomas in jest.

As President Donald Trump is ensnared in a formal impeachment inquiry, and a record number of Democrats seek their party’s nomination for the 2020 presidential election, there were plenty of costume alternatives for those outside of the Romney bloodline: a Sen. Kamala Harris campaign staffer dressed as her 2020 rival Sen. Cory Booker, many donned whistles to represent the government employee who filed an anonymous complaint that jumpstarted Trump’s impeachment woes, and one Pete Buttigieg staffer used a red peacoat and gavel to impersonate House Speaker Nancy Pelosi. 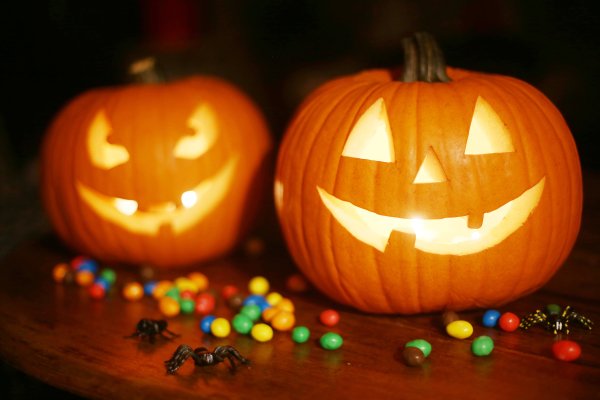 The Best Halloween Party Snack Ideas That Will Haunt Your Friends Forever, According to Pastry Chefs
Next Up: Editor's Pick