3 Reasons a Fiat Chrysler-Peugeot Merger Makes Sense, According to the Experts

The logos of Fiat Chrysler Automobiles NV and Peugeot, a unit of PSA Group, sit on display in automobile showrooms in Dubai, United Arab Emirates, on Oct. 31, 2019.
Bloomberg—Bloomberg via Getty Images
By Tara Law

Chrysler is considered one of the United States’ “Big Three” automakers, but it has cast its gaze overseas to build its future. The company has had two major mergers with European automakers in a little more than a decade — first, a failed 1998 marriage with German automaker Daimler, and then a somewhat more harmonious 2009 union with Italy’s Fiat, turning it into Fiat Chrysler Automobiles, or FCA. Now, the company is planning to go to the altar for a third time, with French manufacturer Groupe PSA, best known for its Peugeot brand.

Industry experts warn that mergers are always a challenge. As in the case of Daimler, a cultural mismatch between two companies can cause friction, and worse. However, experts say that a super-sized FCA-PSA that pools the resources and strengths of the two automakers may be better able to invest in new technologies and compete globally.

Here’s why experts say a merger may be just what Fiat Chrysler and PSA both need.

Merging can help both companies innovate

Erik Gordon, of the University of Michigan’s Ross School of Business, says that both Fiat Chrysler and PSA are behind on technologies like electrification and safety features. Coming together could make the automakers innovate more efficiently, he says, as they can pool development resources and share designs. Manufacturing will be more efficient as well, he argues, because each company will be able to share parts and designs with the other.

Gordon admits that there’s an open debate as to whether mergers actually lead to innovation. In part, that’s because companies tend to spend money elsewhere after a tie-up. However, he argues that mergers also offer companies cover to nix ideas that aren’t working out. “When you do a merger, everything is looked at,” says Gordon. “So, there’s more freedom to close things without career damage.”

Harley Shaiken, a professor with expertise in labor and globalization at the University of California-Berkeley, says that it’s important that post-merger companies focus not just on efficiency, but also on “vision” — creating innovative, well-marketed products that people want to buy.

Shaiken says PSA has already shown signs that it’s capable of acquiring and turning around ailing assets. In 2017, it purchased two struggling car brands — Opel and Vauxhall — from General Motors. A year later, both brands were profitable again.

It’s a chance to reset their relationship with workers

Shaiken says that the merger could be an opportunity to hit the reset button on Fiat Chrysler’s battered relationship with United Auto Workers (UAW) and the company’s employees, which has suffered mightily amid a corruption scandal. “It could be very good news for workers, for their communities, and for a more competitive auto firm,” says Shaiken.

If the combined company chooses to build its new technologies in the United States, it could bolster their relationship with workers. Of course, the company could decide to shrink U.S. production, but he says that such a move would be “short-sighted.” Maintaining a relationship with workers is essential to keeping them motivated and encouraging innovation, he argues. “It’s something companies take for granted at their own peril,” Shaiken says.

However, Gordon says that he doubts that the deal will have much of an impact on the issues that most concern workers. With or without the merger, he believes it’s likely that Fiat Chrysler will need to reduce its domestic workforce because Americans are buying few of Chrysler’s small cars, focusing instead on larger SUVs and trucks like those from the company’s Jeep brand.

The merger will help them compete on a global level

If the two companies merge, the new company would be among the largest automakers in the world. Michelle Krebs, an executive analyst for Autotrader, says that such massive size could be a big advantage as it plans for the future. “The thinking is that you really need to be a big company to compete on a global basis,” Krebs says.

Pooling resources will enable the company not only invest in new technology such as autonomous and electric vehicles, but also to take advantage of different markets. Chrysler has a stronger foothold in the United States, where Peugeot has no presence, while Peugeot is in a strong position in Europe.

The merger may also help them to move into another market where neither company has much of a presence: China. 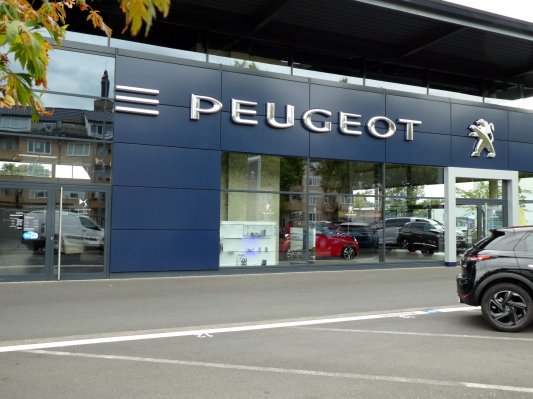 Why Fiat Chrysler Is Merging With Peugeot
Next Up: Editor's Pick