How to Help Your Body Adjust to Colder Weather

Fall is here, and the mercury is falling in thermostats across the northern hemisphere. The good news: Not only will your body acclimate to the cooler weather, but you can also hurry this process along.

Beginning in the 1960s, U.S. Army researchers found that nude men who spent eight hours a day in a 50°F (10°C) chamber became habituated to the cold and had mostly stopped shivering after two weeks. Later research from Scandinavian and U.K. teams likewise concluded that people can get used to cool environments. And a recent research review from Army researchers concluded that all humans seem to have at least some ability to acclimatize to the cold.

A small 2014 study published in the journal PLOS One, a group of healthy men spent up to three hours a day sitting in baths filled with 57°F (about 14°C) water. (That’s roughly the temperature of the Atlantic Ocean along the New Jersey and New York coastlines in late October, according to the National Oceanic and Atmospheric Administration.)

At the start of the 20-day study, the men did a lot of shivering, which is the human body’s initial response to cold. Their heart rates and metabolisms sped up, generating heat. At the same time, their blood vessels narrowed and drew back from the surface of the skin, causing skin temperature to drop. Basically, the men’s vascular systems clenched—pulling blood toward their warmer interiors in an effort to escape the exterior cold.

But by Day 20, much had changed. The men’s shivering had more or less stopped. While their metabolisms and heart rates still sped up in response to the cold-water bath, their blood vessels no longer constricted and their skin temperature didn’t drop the way it had before. The men reported less discomfort during their chilly baths. At the same time, their blood samples contained fewer markers of cold-induced stress and immune-system activity. It appeared their bodies had gotten used to the chill.

The changes your body goes through in cold weather

“Everyone has an ability, to some extent, to acclimatize to cold,” says Marius Brazaitis, first author of the study and a senior researcher at Lithuanian Sports University. He says the human body seems to achieve acclimatization through a mix of different internal adjustments, which people can either encourage or suppress depending on their behaviors.

What sorts of internal adjustments? There’s evidence that a particular type of fatty tissue, known as “brown fat,” may help the body generate heat in response to persistently cold conditions. “Chronic cold exposure somehow activates brown fat, which we know undergoes dramatic seasonal changes,” says Shingo Kajimura, a professor in the Department of Cell and Tissue Biology at the University of California, San Francisco.

Kajimura says newborns have a lot of brown fat, which helps them stay warm because they lack sufficient muscle to shiver. While it was once thought that people lost their stores of brown fat as they grew out of infancy, research has found that parts of the adult body—specifically, the area around the upper spine and neck—either retain brown fat or generate new brown-fat tissues in response to cold.

The placement of this brown fat is important. Kajimura says that temperature perception is monitored by the brain, which detects the cold in part by noting the temperature of blood flowing into it through the neck. “That’s why putting a scarf on makes you feel warm,” he says. By warming the neck and the blood flowing through it, a scarf “tricks” the brain into believing it’s warm—just as a cold cloth on the neck can help the brain cool off in summer. It’s possible that, in response to regular cold exposure, brown fat in the neck area both forms and becomes more active, keeping us more comfortable at colder temperatures.

Brazaitis says the human body seems to possess a number of different mechanisms that help it adjust to the cold. But most people in the developed world suppress these adaptive mechanisms, at least to an extent, by shielding their bodies from “thermal distress.”

While they may impede the body’s ability to adjust to colder temps, pulling on a sweater or sipping some hot tea does little long-term harm. But cranking up the thermostat in your car or home costs money. Home and vehicle heating is also a major contributor to greenhouse gas emissions, according to the U.S. Environmental Protection Agency. By encouraging your body to adapt to the cold, you can feel comfortable during the fall and winter without needing to entirely rely on heating system.

Adjusting your thermostat down by a few degrees, shedding layers, and spending more time outside in cold conditions—basically, anything that causes you to shiver—will help your body acclimate to the cold, Brazaitis says. If you can induce shivering a few times a day, you’ll begin to feel more comfortable in colder temps after just one week, he says.

The quickest way to adapt to the cold

If you really want to accelerate your body’s habituation to the cold, frigid showers will get the job done. “Cold showers are no fun, but they cause the body to adapt pretty quickly,” says John Castellani, a research physiologist for the U.S. Army who has studied how people respond and adapt to the cold. He suggests starting off with just a quick cold-shower exposure—say 15 seconds—and adding 10 seconds every day. (You can turn up the water temp once you’ve endured your measure of icy water.)

Spending time in a cold shower or in other cold environments is safe for most—and may even confer some health benefits. But people at risk for heart trouble need to be cautious. “The first thing that happens when you’re exposed to cold is your blood vessels constrict and blood pressure goes up,” Castellani says. And so exposure to the cold—especially extreme cold, like jumping in an icy lake—can trigger a heart attack or other problem in people who have heart disease, he says.

But if your heart’s healthy and you’re looking to harness your body’s natural ability to adapt to the cold, a week of shivering—and maybe a few cold showers—should do the trick. 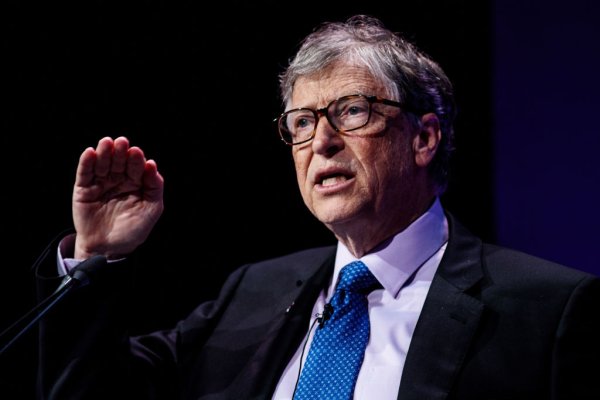 NIH, Gates Foundation Pledge $200 Million to Bring Gene Therapies to Patients Who Need Them Most
Next Up: Editor's Pick