“He died after running into a dead-end tunnel, whimpering and crying and screaming all the way,” Trump said. He added that al-Baghdadi had “dragged” three young children with him as he reached the end of a tunnel in the compound he was in. They died, along with al-Baghdadi, when the terrorist leader detonated a suicide vest, Trump said. Two wives of al-Baghdadi also died, he noted. He said they were both wearing suicide vests that had not detonated.

Al-Baghdadi’s body was mutilated by the blast but an on-site DNA test confirmed his identity, Trump said.

The President said no American personnel were lost or injured in the operation with the exception of one dog. Eleven young children had been moved out of the compound and were uninjured.

The operation began two weeks ago and, once complete, the special forces landed safely in a “friendly port in a friendly country,” Trump said, declining to provide more details.

He had tweeted Saturday night that “Something very big has just happened!” and said during his announcement that he did so only after the military personnel were secure and had landed.

Al-Baghdadi has led ISIS for the last five years, according to the Associated Press.

The President’s announcement comes after many previous reports that al-Baghdadi had died.

Trump said on Sunday that Al-Baghdadi spent “his last moments in utter fear, in total panic and dread” and “terrified of the American forces bearing down on him.”

As a result of the raid, Trump said, the special forces were also able to retrieve “highly sensitive information” about ISIS as it relates to their origins and future plans.

Trump also expressly thanked Russia, Turkey, Syria and Iraq for their cooperation and noted that the military had to fly low and crossed over territory with “tremendous firepower.” They flew over areas with Russian, Turkish and Syrian presence, he said. The U.S. had told Russia they were “coming in,” Trump said, but did not reveal details about why — beyond indicating that “it would be a mission they would like.”

Trump closed his official remarks by saying that al-Baghdadi “will never again harm another innocent man, woman or child.” The President said: “He died like a dog. He died like a coward. The world is now a much safer place. God bless America.” 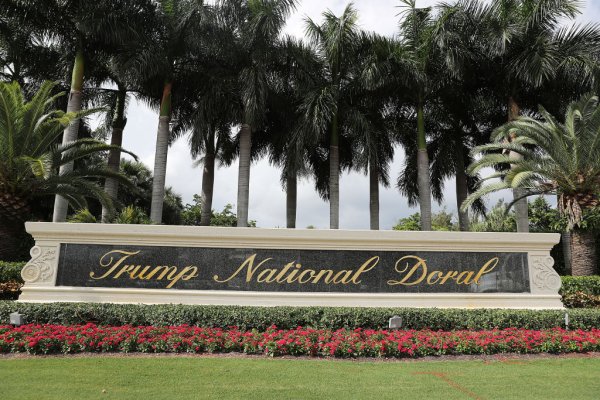 Trump Backs Down On Hosting G7 at His Resort
Next Up: Editor's Pick