Twelve is a tough age. How’s a kid supposed to focus on school when it’s only a matter of time before her lifelong anthropomorphic animal companion stops shape-shifting and settles into its permanent form—which could be a lion or a bird or, how mortifying, a cockroach? Caught between childhood and the inscrutable world of adults, a girl needs a female mentor to teach her how to use a contraband compass-like device called an alethiometer that works kind of like an omniscient, cosmic Google.

O.K., so maybe those aren’t common preteen experiences in our reality. But in the alternate universe of His Dark Materials, a TV adaptation of Philip Pullman’s beloved fantasy trilogy, talking-animal sidekicks known as daemons are the norm. And 12-year-old hero Lyra (Dafne Keen)—a scrappy orphan growing up in the halls of Oxford as her explorer uncle (James McAvoy) travels north in search of parallel realms—really could use a woman in her life. It’s just a shame that the one who finally spirits her away is Mrs. Coulter (Ruth Wilson, playing it coy), a mysterious visitor who chooses Lyra as a protégé.

In less rarefied corners of this slantwise Britain, where planes and computers don’t exist but airships and apparently mass-produced clothing do, children are being kidnapped. A society of canal-dwelling nomads, the Gyptians, have been hit hardest. And the state’s theocratic overlords don’t seem to care. With Lyra’s buddy Roger (Lewin Lloyd) missing and the help of a warrior polar bear, a somewhat miscast Lin-Manuel Miranda and an alethiometer that only she can read, a rescue quest takes shape.

It’s a wonderful story, rendered with the liveliness—and the budget—Pullman’s books deserve. Keen’s Lyra has tomboy charm for miles, and her frustration that everyone seems to know more than she does about who she is captures a feeling that, in more abstract form, is universal to her age. Yet the show’s world-building can be messy, as early episodes struggle to establish the conventions of this reality, and watching CGI animals talk plunged me straight into the uncanny valley. Coulter’s Art Deco apartment, a Harry Potter–ish Oxford and an arctic outpost straight out of the 19th-century Yukon don’t add up to a coherent aesthetic. His Dark Materials doesn’t transcend its genre—but if you love fantasy, it’ll cast a spell. 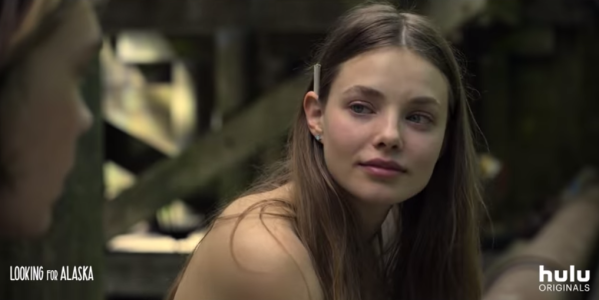 How Hulu's Looking for Alaska Updates the Book for 2019
Next Up: Editor's Pick