On Last Week Tonight, John Oliver once again turned his attention to Donald Trump—specifically Trump’s decision to pull the U.S. out of Syria, abandoning the U.S.-allied Kurdish forces that had been helping Washington contain ISIS. It was a move that alarmed political leaders around the world and in the U.S., including Trump’s own supporters.

The situation in Syria is incredibly complex, according to Oliver, unless you’re Trump. “I had forgotten that Trump spent the ’90s as senior fellow of Middle Eastern Studies at the Foreign Policy Research Institute and not as I clearly wrongly remembered, losing all his dad’s money and trying unsuccessfully to bang Madonna,” Oliver said.

Trump’s decision to forsake the Kurds was a surprise, Oliver explained, because they had been allies of the U.S. for years, including in the Gulf and Iraq Wars. “The Kurds fought with the U.S. military in at least two more wars than Donald Trump ever did,” Oliver said. In Syria, the Kurds were such close allies to the U.S. that, according to Oliver, at one point the Kurds could call in American airstrikes in the region.

Trump also insisted the U.S. leave the region very quickly. The withdrawal was so rushed that, according to video captured by a reporter who visited the bases after the troops left, fridges weren’t even emptied of drinks. “America left the region the same way you leave a party right after you clog the toilet, quickly, leaving everything behind, and causing someone else to deal with all the s–t,” Oliver joked.

In the power vacuum created by Washington’s departure, Russia got a foothold in the region, over 100 ISIS prisoners managed to escape, and Turkish-backed militias launched attacks on the Kurds. While Oliver admits that it’s hard to get anything right in the Middle East, “it’s genuinely hard to get it this wrong.” 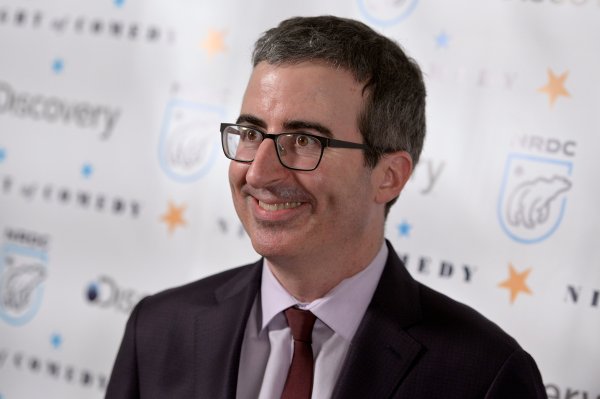 John Oliver Talks About the Weather on Last Week Tonight
Next Up: Editor's Pick