Stop Me if You've Heard This One: A Robot and a Team of Irish Scientists Walk Into a Senior Living Home

Knollwood resident and retired U.S. Army Colonel Phil Soriano, 86, has hosted the facility’s semi-monthly singalongs since their debut during a boozy snowstorm happy hour in 2016. For the late August 2019 show, he’ll share emcee duties with a special guest: Stevie, a petite and personable figure who’s been living at Knollwood for the last six weeks.

Soriano wants to sing the crowd-pleasing hit “YMCA” while Stevie leads the crowd through the song’s signature dance moves. But Stevie is a robot, and this is harder than it sounds.

“We could try to make him dance,” says Niamh Donnelly, the robot’s lead AI engineer, though she sounds dubious. She enters commands on a laptop. In response, Stevie stretches its peg-like arms. A grin flashes on its LED-screen face. “It would be very helpful if he had elbows,” says Conor McGinn, an assistant professor at Trinity College Dublin and Stevie’s lead engineer. “It was just a thought,” Soriano says. “What matters is what Stevie’s comfortable with.” 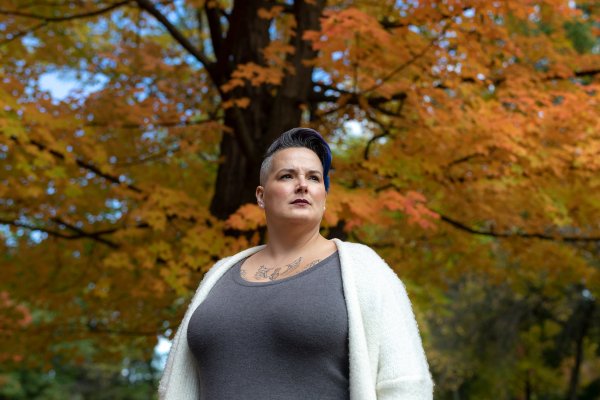 Suicide Is Preventable. Hospitals and Doctors Are Finally Catching Up
Next Up: Editor's Pick