Mrs. Fletcher Fills the Silence of the Empty Nest

Eve and Brendan are the dual protagonists of Mrs. Fletcher, a richly observed adaptation of a novel by creator Tom Perrotta (The Leftovers) that premieres on HBO on Oct. 27. A single mom who runs a senior center, Eve is constantly caring for others–many of them oblivious, ungrateful men. Brendan is the most oblivious and ungrateful of all, a casually cruel jock who has swaggered through high school bullying less popular kids, treating girls like chew toys and avoiding introspection. If he had any self-awareness, he’d see that he’s really angry at his dad, who’s busy with his new family.

That, of course, leaves Eve to manage Brendan’s barely repressed emotions. Though their relationship looks one-sided at first, it slowly reveals itself to be symbiotic. She’s made her son the focal point of her life, not just because she’s such a generous person (though she is), but also because tending to his needs distracts her from her own. Brendan doesn’t realize that he relies on his mom for moral guidance. And by demanding his love, she puts a check on his selfishness.

Separated for the first time since his birth, mother and son both struggle. The bro-ish immaturity that made him king of his high school doesn’t fly in college, where women expect a modicum of emotional intelligence from their dates. Faced with an abundance of free time, Eve takes a writing class–where she flirts with a thoughtful 19-year-old (Owen Teague) whom Brendan used to pick on in school–and develops an addiction to porn. (The latter is indeed a theme.) She’s beginning to acknowledge her desires just as her son is flailing toward an awareness that the world doesn’t revolve around his. Both characters are recalibrating their identities and aspirations.

There’s a lot to love about this show, from the concision of its 30-minute episodes to an all-female roster of directors that includes Nicole Holofcener (Friends With Money) and Obvious Child‘s Gillian Robespierre. Hahn may well be typecast as a sexually frustrated woman, but she’s also the only actor I can think of who could do justice to such a simultaneously sweet and nasty role. Perrotta gives supporting characters surprising depth: Brendan’s love interest Chloe (Jasmine Cephas Jones) is a social-justice crusader with a weakness for alpha males. Eve’s teacher Margo (Jen Richards) is a trans writer cautiously pursuing a mutual attraction with a straight cisgender man. The show never soft-pedals Brendan’s loutishness. It bears witness to the many indignities of female middle age.

Yet its greatest contribution may be its sensitive portrait of a mother and her son. You’d think we would see more of these stories, considering the perennial popularity of father-daughter narratives on TV, from the superdads of Friday Night Lights and Veronica Mars to the chilling patriarchs of Twin Peaks and this year’s ABC oddity Almost Family. Then again, Hollywood so greatly prefers young women to middle-aged ones that the omission isn’t really a surprise. It is, however, a shame. Half a century after women’s liberation, with peace between the genders more elusive than ever, Mrs. Fletcher affirms that the bond between moms and their boys is a crucial piece of the puzzle. 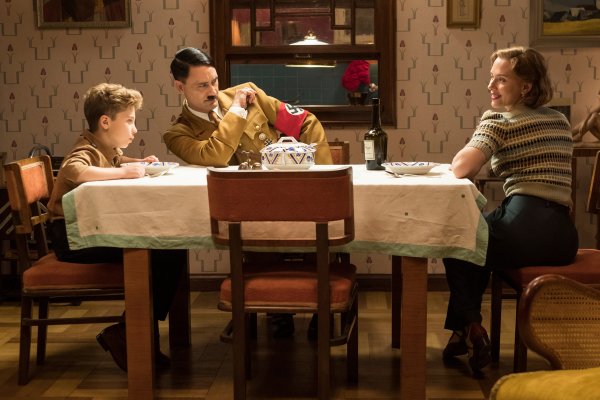 Jojo Rabbit Is a Tender Black Comedy About Dark Times
Next Up: Editor's Pick