39 People Found Dead in a Truck in the U.K. Are Believed to be Chinese Nationals

Police in the U.K. said Thursday that the 39 people found dead in a refrigerated truck container are believed to be Chinese nationals.

The bodies were found in the container in the early hours of Wednesday morning, in an industrial park in Essex, east of London, after a local ambulance service alerted police. Police said the front tractor unit of the truck had arrived in the U.K. from Dublin at the weekend, and collected the trailer, which had travelled from Zeebrugge in Belgium, at the port of Purfleet on the River Thames.

Police confirmed Thursday that eight of the victims are women and 31 are men. 38 of the people are believed to be adults, and one is a young adult woman.

A 25-year-old truck driver from Northern Ireland was arrested on suspicion of murder and remains in custody, as police start the largest murder investigation in the U.K. since the 7/7 bombings in London in 2005. Police officers have searched three properties in County Armagh, Northern Ireland, in connection with the investigation. According to the BBC, Britain’s National Crime Agency said it was working to identify “organized crime groups who may have played a part.” Two more suspects were arrested Friday in connection with the deaths after search warrants were carried out in Cheshire, North West England. Essex police said a man and a woman, both aged 38, were arrested on suspicion of conspiracy to traffic people and on suspicion of 39 counts of manslaughter.

Belgium’s Public Prosecutor’s Office also announced Thursday that they would be opening an investigation into the case, co-operation with Britain’s police and judicial authorities. Prosecution spokesman Eric Van Duyse said that “up till now, we have a lot of questions and not a lot of answers,” the Associated Press reports. Van Duyse added that Belgian authorities did not know how long the truck container stayed in Belgium, which road it followed or whether it stopped in the country. The tragic case comes as incidents of people smuggling in Belgium have increased in recent years, following the closure of the migrant camp at Dunkirk in March 2017. A National Crime Agency report earlier this year noted an “increasing use of higher-risk methods of clandestine entry,” referring to the method of refrigerated heavy goods vehicles from France and Belgium.

The Chinese Embassy in the U.K. released a statement Thursday saying they read the reports of the deaths with “heavy heart,” and that they are working with police to confirm the reports. “I’m appalled by this tragic incident in Essex,” U.K. Prime Minister Boris Johnson said, adding that the U.K. government’s Home Office would work closely with local police to establish what happened. “Nobody should be in any doubt that the responsibility for [these] deaths ultimately lies with the government policy that has deliberately shut down safe and legal routes into the U.K.,” the Joint Council for the Welfare of Immigrants (JCWI) told TIME. “People move — they always have and they always will. Nobody should have to risk their life to do so.”

The case echoes other tragedies involving Chinese nationals migrating to the U.K. In 2000, a Dutch-registered truck also arriving from Zeebrugge in Belgium to the U.K. was discovered to have contained the bodies of 58 Chinese migrants who had suffocated to death. The driver was found guilty of manslaughter and sentenced to 14 years in jail. In 2014, 23 Chinese men working illegally as cockle pickers drowned on a beach in Lancashire in the north of the U.K. They were left under the control of an illegal criminal gang who left them on the beach as rising tides came in, highlighting the dangers migrant workers face after arriving in the country. The leader of the gang was jailed for 14 years on conviction of manslaughter in 2006. Since figures started being collected in 2014, five people have been reported dead in or on trucks or containers in the U.K.

“We need urgent action to ensure that this tragedy, which was as preventable as it was inevitable, is never repeated,” said the JCWI. “Our current immigration system fails to protect the rights of people of all nationalities, who come here for all kinds of reasons.” 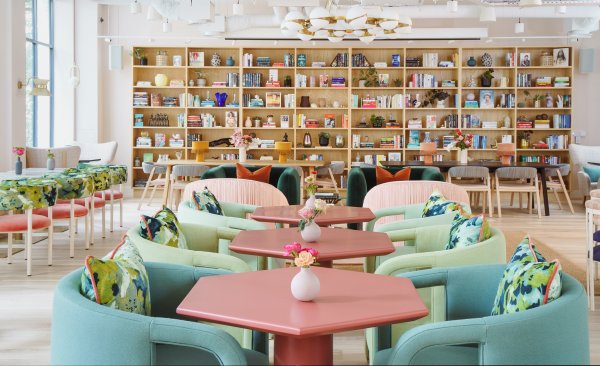 The Wing Is Opening Its First International Space in London. Here's What's Behind the Revival of the City's Private Members' Clubs
Next Up: Editor's Pick