American Women Are Dying. To Save Them, We Need to Depoliticize Women's Health Care

Women’s health in the United States is in a state of emergency. In the last five years, the death rate among women ages 15 to 54 has steadily risen. An American woman today is 50% more likely to die in childbirth than her mother.

Half of all U.S. counties lack a single obstetrician-gynecologist, and more than 19 million women live in areas that do not have the full range of contraceptive services. Yet, politicians continue to advance policies that would further reduce access to women’s healthcare. The Trump administration has dismantled the Title X program, which provides affordable birth control, cancer screenings, and STI testing to low-income women. In 2019, conservative state legislators passed an unprecedented number of bills aimed at overturning Roe vs. Wade. If that were to happen, one in four women could be living in states where abortion is banned and criminalized. Worldwide, 70,000 women die because they lack access to safe, legal abortion, and this could happen once again the U.S.

At this time of public health emergency, we need to depoliticize women’s healthcare. I believe we can do so by starting from three key points of agreement.

First, for women to be healthy, they need access to healthcare—including reproductive healthcare.

For millions of women, health centers that provide reproductive healthcare are the only place they ever see a doctor or nurse. When abortion politics force health centers to close, women—particularly low-income women and women of color—suffer. A major study found that women in Texas died in childbirth twice as often after the passage of abortion laws that caused women’s healthcare clinics to close. After four health centers in Iowa shuttered, the number of gonorrhea cases in one county quadrupled within a year. When five rural clinics in Indiana closed, an HIV outbreak leading to at least 215 infections followed.

The U.S. is the only industrialized country where rates of maternal mortality haven’t decreased, but actually have gone up in the last few decades. It’s especially bad for African-American women, who are 3-4 times more likely to die of pregnancy-related causes than white women.

There are promising efforts to improve health for both the mother and the child. The California Maternal Quality Care Collaborative has targeted in-hospital maternal mortality, which led to a 55% decline in maternal deaths in five years. In New York City, a doula program for 500 African-American women reduced preterm birth and low birthweight. More states and locales should develop initiatives based on existing successful pilots.

In addition, policies must support women not only during their pregnancies but also before and after. Two-thirds of pregnancy-related deaths occur not during labor and delivery itself, but in the months preceding and following childbirth. Currently, federal law mandates that all states provide Medicaid coverage for pregnant women; however, in the 14 states that did not opt to expand Medicaid under the Affordable Care Act, coverage for new mothers ends abruptly at 60 days after childbirth. Improving maternal mortality also requires full coverage for postpartum care.

Finally, prevention is the best medicine.

Birth control is an important part of women’s healthcare. It allows women to plan and time their pregnancies, and reduces preterm births and maternal complications. Studies have shown that birth control also increases educational attainment, participation in the workforce, and family incomes.

Contraception is also critical to reducing unintended pregnancies and the need for abortion. A recent study by the Guttmacher Institute found that abortion rates are at an all-time low since Roe v. Wade, likely due to increased access to birth control. The Colorado Family Planning Initiative, which offered women access to low-cost or free contraceptive devices, reduced the rate of teen births and abortions by nearly half. Instead of passing restrictive laws that will cause women to resort to unsafe, back-alley abortions, legislators should follow the evidence that the best way to reduce abortions is to provide preventive services including sex education and affordable, accessible contraception.

While women’s healthcare extends far beyond reproductive healthcare, its politicization is harming women’s overall health and well-being. It’s time that we turn to points of agreement and work to implement policies and programs that will expand women’s healthcare, not restrict it. The health of women—and of children, families, and communities—depends on it. 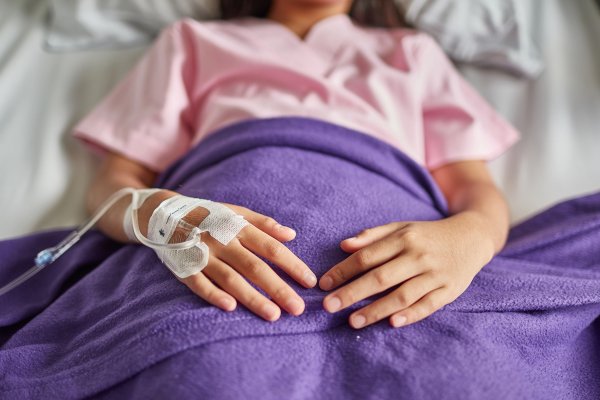