Crowds gather around a statue of the first U.S. President George Washington about a block from the New York Stock Exchange on Black Thursday, Oct. 24, 1929.
Bettmann—Getty Images
By Olivia B. Waxman

By the end of Thursday, Oct. 24, 1929, the New York Stock Exchange had rebounded from the 10% dip that the market had taken earlier that day. But then stocks plummeted again the following Monday, Oct. 28, and Tuesday, Oct. 29, saw similar drops. The stock market would continue to tumble for the next few weeks.

“For so many months so many people had saved money and borrowed money and borrowed on their borrowings to possess themselves of the little pieces of paper by virtue of which they became partners in U. S. Industry,” TIME wrote of the mood on that first frightening day. “Now they were trying to get rid of them even more frantically than they had tried to get them.”

In retrospect, the Wall Street crashes of late October 1929 — now known as Black Thursday, Black Monday and Black Tuesday — have often been seen as the beginning of what would become the Great Depression. But just as there was a lot of confusion back then about what was going on, there is still confusion about the effect Black Thursday had on the economy in the years that followed. For the 90th anniversary of Black Thursday, TIME spoke to financial historian Richard Sylla, a Professor Emeritus of Economics and the former Henry Kaufman Professor of the History of Financial Institutions and Markets at New York University Stern School of Business and Chairman of the board of the Museum of American Finance in New York City.

SYLLA: Black Thursday was interesting because the market crashed during the day, but by the end of the day it came back — because of an intervention by the bankers to protect their wealthy clients, as well as to try to counter the panic. The buying was done by Richard Whitney, who represented a pool of money from people like the House of Morgan. [They thought] there’s panic selling, but they can stop the panic by going in and buying stock. So he started buying left and right, and he reversed the crash and restored the market to almost pre-Black Thursday levels. But when stocks fell more than 10% on both the following Monday and Tuesday, the market crashed without coming back. In about two weeks’ time, stocks lost about a third of their value.

What led to the crash?

There is a famous story, we don’t know if it’s true, about how in the late summer of 1929, a shoe-shine boy gave Joe Kennedy stock tips, and Kennedy, being a wise old investor, thought, “If shoe shine boys are giving stock tips, then it’s time to get out of the market.” So the story says Joe Kennedy sold all of his stocks and made a killing, and maybe that’s the beginning of the fortune that made JFK president three decades later. The fact that the market had fallen 10% before the bankers intervened made other people wary of the market and probably they’re the ones who started selling the following Monday and Tuesday. [And] easy money is good for the stock market, which is fairly true. The Federal Reserve in the summer of 1929 was worried about the excess of speculation so they actually did a tightening at the beginning of September.

The 1920s were a period of great prosperity. I used to compare it to my students to the 1990s. It was a prosperous decade, but there was an economic slowdown at the end of the decade, a recession that had started in the second half of 1929. But the economy then was used to having recessions every two or three years, so there’s no reason why that recession had to turn into a Great Depression.

What do people tend to get wrong about the 1929 stock market crash?

The great myth is that the stock market crash caused the Great Depression. This is part of every schoolkid’s learning in social studies, but financial historians don’t think the evidence is very strong for that. The crash occurred in late October and early November of 1929. If you go from Black Thursday to Good Friday 1930, which was in the middle of April, the stock market was back up to just about the same level [as before]. People ignore the fact that the stock market had a strong recovery after the crash because it’s inconvenient for the story.

So what was the real story? The banks extended too many bad loans; the banks were speculating too much. Milton Friedman and Anna J. Schwartz’s book A Monetary History of the United States, 1867–1960 pointed out there was no connection between the 1929 Wall Street crash and the Great Depression. The Great Depression really began when the banks started failing in 1930, and then there were more bank failures in 1931 and 1932, leading to a bank holiday when FDR became president in ’33. We didn’t have deposit insurance back then, so when the banks shut down, people lost their money. A bank fails when its assets become less than its liabilities and when people don’t repay their loans. The Federal Reserve as a central bank can lend money and stop that run on a bank, but if a bank is insolvent, it’s just going to belly up. There was a contagion when a few big banks failed in New York City, then other people got worried and drew their money out of banks. The 1929 stock market crash didn’t help, but for some reason it’s come down to us that the stock market crash started the Depression when there’s a lot of evidence against that theory.

What kind of steps were taken to try to prevent a repeat of Black Thursday?

The big reforms came in the New Deal with the Securities and Exchange Commission, which regulated the stock market more, but it didn’t prevent crashes because we had a crash in 1987. After the 1987 crash, if the market fell real fast on a given day, circuit breakers would shut it down until people had time to think about what was going on.

After Lehman Brothers failed [in 2008], the Federal Reserve’s interventions added a lot of liquidity to the economy that supported the stock market. It turns out Ben Bernanke had studied the 1930s, and he happened to be the right man in the right place at the right time [as Federal Reserve chairman] in ’08 and ’09 so he didn’t make the mistake that was made in ’30s. We might have had another Great Depression if the Fed hadn’t done what it did.

Have any mistakes from that time been repeated?

A big question that hasn’t been resolved by economics and financial regulators is just when should the regulators intervene to try to slow things down. One view is they’re not smart enough to know there’s going to be trouble, so wait until the trouble happens and then react. Other people say try to intervene and cool off the speculation before you have a major stock market crash or banking crisis. I don’t think the verdict is in on that particular discussion yet.

On the 90th anniversary of the 1929 Wall Street crash, what should we keep in mind specifically for 2019?

One similarity is that the market has been going up basically since 2009, so it’s been going up for 10 years, and of course it went up most of the time in the 1920s. People are saying today that stocks seem to be overvalued and they’re supported by extremely low interest rates; credit was kind of cheap in the 1920s until the Federal Reserve tightened. Now the Federal Reserve doesn’t seem to be tightening. In fact, when the stock market fell a lot last year, that was because the Federal Reserve was tightening, and now early this year they said they weren’t going to tighten that much anymore and the stock market came back.

I think one difference is that in 1929 people were gung-ho on the stock market before the crash. Today I see there is a lot of skepticism. For everyone who says the market is great, there are a lot of respected people who say it’s overvalued. That probably means we won’t have another great crash.

We’ve talked about some particular examples of financial crises, but these things have been going on periodically. Some people say the reason these things happen over and over again is that people do tend to forget that they can happen. Hardly anyone working now on Wall Street remembers the crash of 1987, and some people claim that the recent Great Recession was because there was no one around who remembered 1929. It’s just the nature of life. I tell people on Wall Street: study more financial history, so you can protect yourself when you realize something bad is coming. But in general, the financial community doesn’t pay nearly as much attention to history as it should. 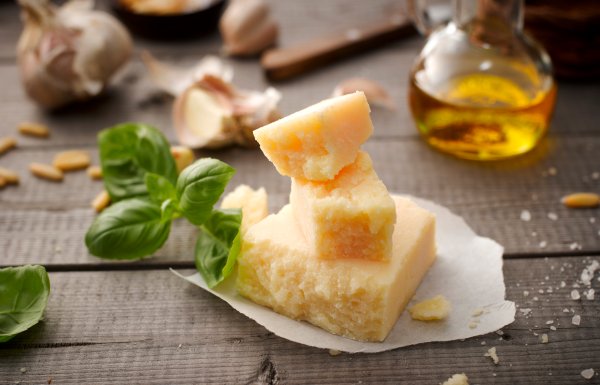