Hong Kong’s embattled leader is to resign and be replaced under a plan being mooted by the Chinese government, according a Financial Times report citing unnamed sources.

The report, which comes as anti-government unrest in the enclave enters its fifth month, says an “interim” chief executive will replace Carrie Lam for the remainder of her term and be installed by March, if the proposal is given the go-ahead from China’s authoritarian president Xi Jinping.

The assertion was greeted with skepticism by at least one commentator, who said that under Hong Kong’s constitution, Lam could only be replaced by her deputy, Chief Secretary Matthew Cheung, pending fresh elections—unless Beijing intended to overturn that stipulation.

Claims of Lam’s possible ouster comes a month after an audio recording leaked by Reuters captured her saying that she wanted to step down. “For a chief executive to have caused this huge havoc to Hong Kong is unforgivable,” she said. “If I have a choice, the first thing is to quit.”

Lam, however, has also denied that she has wants to step down, and has reiterated several times that she has both the responsibility and the determination to lead Hong Kong out of political chaos.

The sources spoken to by the FT say leading candidates to succeed Lam include Norman Chan, the former head of Hong Kong Monetary Authority, the city’s de facto central bank, and tycoon Henry Tang. The latter previously campaigned to be Hong Kong’s leader but became mired in an ethics scandal after lavish but illegal architectural modifications were found at his opulent residence.

Willy Lam, adjunct professor at the Chinese University of Hong Kong’s Center for China Studies, says the resignation of Carrie Lam would help to diffuse the tensions in the short term.

“[Her stepping down] could go some ways to repair the damage,” he told TIME. “It could improve the situation as she has already lost the trust of Hong Kong people.”

The professor added that Beijing faced a difficult situation as it had to find somebody who would strike a tone of reconciliation and be accepted among different groups, but who would also be “a pure puppet who would toe the line a hundred percent.”

In the long term, he said the crisis can only be resolved “if the new person can introduce changes such as reviving the discussion on political reform.” 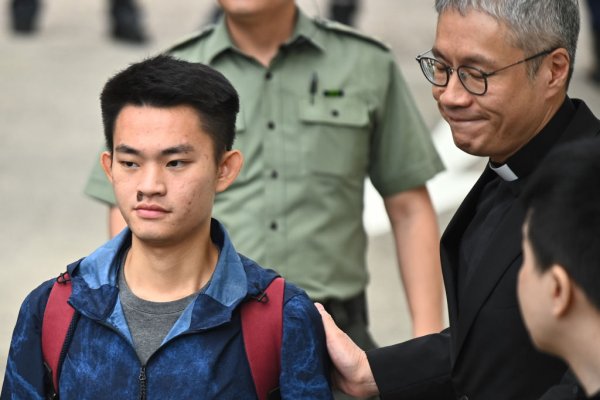