Police have detained a potential suspect who allegedly shot a 17-year-old in the abdomen at an intersection outside of a high school in Santa Rosa, California, on Tuesday morning, police say.

Santa Rosa Police Captain John Cregan said Tuesday that at least one shot was fired during an “altercation” near the intersection of Ridgway Avenue and Morgan Street, outside of Ridgway High School, at around 8:56 a.m. Multiple witnesses were present, police said.

Police arrived on scene soon afterwards, and were told by people there that the suspect had fled onto the high school’s campus. The first responders locked down Ridgway High School and two other nearby schools and arrested a suspect, whom police have not yet identified.

The 17-year-old arrived at a trauma center soon after the shooting, Cregan said. The teen is currently in stable condition.

Police announced on Twitter that the lockdowns at Ridgway High School, Santa Rosa High School and the Santa Rosa Junior College had been lifted at around 11:30 a.m. They asked students to stay on campus and to go about their regular schedules.

Police searched the school’s campus for the handgun used in the shooting, but did not locate it, Santa Rosa police said on Twitter.

“There is no evidence that the weapon is on campus. The suspect is in custody & there is no threat,” police wrote on Twitter.

Santa Rosa is located about 55 miles north of San Francisco. 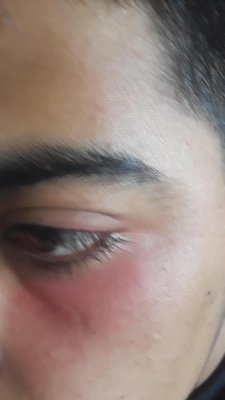