This Year's World Series Has All the Makings of a Classic. Here's What to Know

Max Scherzer #31 of the Washington Nationals celebrates as he walks back to the dug out after the last out with bases loaded in the seventh inning of game four of the National League Division Series against the Los Angeles Dodgers at Nationals Park on October 07, 2019 in Washington, D.C.
Will Newton—Getty Images
By Sean Gregory

On the same night the NBA is taking a break from fighting China to tip off its 2019-2020 season, baseball begins the conclusion of its home-run-heavy, strikeout-tinged 2019 campaign with the first pitch of the Fall Classic.

The World Series starts in Houston on Tuesday, as the Houston Astros, who won the World Series two years ago and finished the regular season with 107 wins, host the Washington Nationals, a team that started the season 19-31 but rallied to win a Wild Card spot and now can’t seem to lose.

If we’re lucky, the World Series will end in as grand a fashion as the American League Championship Series, when Houston’s 5’6″ dynamo Jose Altuve ripped the heart out of New York Yankees fans with a Game 6 walk-off home run that clinched a pennant for the Astros.

In case you’ve spent most of this month keeping tabs on the NBA’s surprise geopolitical crisis, or fretting about your underperforming NFL team (there are plenty of them), here’s a quick guide to the 2019 World Series.

This World Series features a stunning collection of some of the decade’s finest starting pitchers. Washington’s Max Scherzer — the expected Game 1 starter — has struck out 2,452 batters between 2010-2019, tops in the majors, while Justin Verlander of Houston has 2,260 Ks over the span, good for second place.

Zack Greinke, also of Houston, ranks fifth in the decade in strikeouts (1,872), while Stephen Strasburg clocks in at No. 11 (1,695). Gerrit Cole of the Astros — Houston’s expected starter in the Series opener — has been dominant: in three postseason starts, Cole has a 0.40 ERA with 32 strikeouts. His 358 Ks entering the World Series are the most by any player in a single year since Randy Johnson in 2001 (419).

Anibal Sanchez of the Nationals is a former ERA champ who almost tossed a no-hitter in the NLCS; Washington’s Patrick Corbin is a two-time All-Star.

Expect low-scoring duels going into late innings. These games should be heavy on suspense, a pre-Halloween October treat.

Representing The Capital … And Canada?

Washington will witness a World Series for the first time since 1933, when FDR threw out the first pitch before Game 3, and the Washington Senators fell in five games to the New York Giants. Senate hearings on the stock market and shipping subsidies ended early so official Washington types could get to the game. Washington’s top pitcher, General Crowder, finished the season with a 24-15 record and 17 complete games. (In 2019, Lucas Giolito of the Chicago White Sox, and Shane Bieber of the Cleveland Indians, tied for baseball’s complete games lead. They each finished with three.)

D.C. and baseball have had a largely tortured relationship. In 1904, the Senators’ woes inspired Charles Dryden to write, “Washington — first in war, first in peace, and last in the American League.” Indeed, the Senators had regular appointments with the bottom of the AL standings until the team moved to Minnesota after the 1960 season and became the Twins. Washington was immediately awarded an expansion team; the new Senators finished with a single season winning record from 1961-1971, then decamped to the Dallas-Fort Worth metroplex to become the Texas Rangers. The Montreal Expos moved to Washington and became the Nationals in 2005; the Nats made the playoffs four times before this season, but couldn’t win a series.

Fifteen years after losing a franchise, Montreal has mixed feelings about Washington’s success. Michael Farber, a former hockey writer for Sports Illustrated and columnist for the Montreal Gazette, may have put it best:

A Win For Zim

When 20-year-old Ryan Zimmerman was called up to the Washington Nationals — then in their first season in D.C. — the team played its home games at RFK Stadium, an aging football facility. The late Hall of Famer Frank Robinson was the team’s manager. Zimmerman, fresh out of the University of Virginia, was the first draft pick in team history. The Nationals finished .500 in their DC debut — 14 games better than the franchise’s final season in Montreal — before spiraling into a slew of 90- and 100-loss seasons that ultimately set up the team for future success.

Washington was able to draft Strasburg and Bryce Harper first overall in back-to-back drafts (2009 and 2010). Winning seasons, and heartbreaking playoff exits, followed, and Zimmerman, now 35, saw all of it. The two-time All-Star and face of the franchise is likely in his last year with the Nationals; he’ll be a free agent this offseason. His years of loyalty could soon be rewarded with a long-awaited World Series win.

In 2019, for only the second time in baseball history, four teams lost more than 100 games: the Detroit Tigers (114 losses), Baltimore Orioles (108), Miami Marlins (105), and Kansas City Royals (103). They need not despair. Not that long ago, the Astros were regular 100-game losers; the team averaged 104 losses per season between 2011-2014. Houston’s rebuilding plan has become a sort of inspiration around sports: gut the house before rebuilding.

The problem with this model is that there seems to be more crappy teams than ever, which is painful for their paying customers, and threatens to devalue the overall product. Just ask the supporters of the these terrible baseball teams, plus fans of this year’s Miami Dolphins, which seem destined for an 0-16 finish, the 2017 Cleveland Browns (0-16), the 2016 Philadelphia 76ers (10-72), and so on. Losing big demoralizes.

Bottom line: another World Series win for the Astros counts as further validation for tankers the world over. Go Nats?

On paper, Houston shouldn’t lose, to Washington or anyone else. An air of inevitability surrounds the Astros. Washington, on the other other hand, is red hot at the right time. The Nationals rallied from a 3-1 deficit in the eighth inning of the National League Wild Card game to eke by the Milwaukee Brewers. Then Washington upset the Los Angeles Dodgers, the top team in the National League, in five games in the Division Series before sweeping the Cardinals in the LCS.

The Nats have momentum and a fervent, bipartisan fanbase who’ve never experienced a World Series win. The ‘Stros have Cole and Altuve.

Anyone else sense a classic Fall Classic? 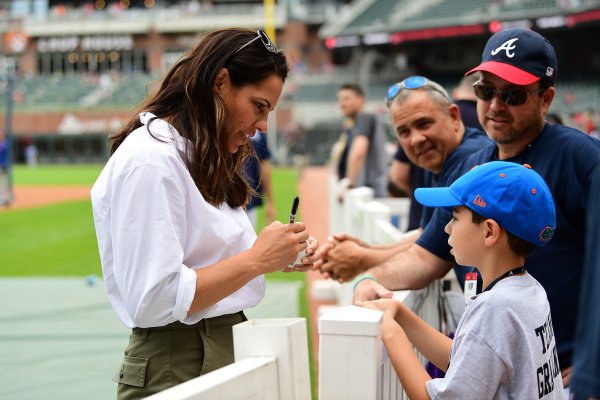 ESPN'S Jessica Mendoza on Breaking Barriers and How to Change Baseball's Rules
Next Up: Editor's Pick