“Standing against any political action,” Ghesquière wrote. “I am a fashion designer refusing this association.” He added hashtags calling Trump “a joke” and another that said #homophobia under a cover design of singer Evelyn Thomas’s 1980s hit “High Energy.” The exact meaning of his song choice is unclear.

The Supreme Court is currently considering two cases which will likely impact the LGBTQ community’s protection from workplace discrimination should be under Title VII of the Civil Rights Act, and after several moves by the Trump administration to curb protections for transgender people, including the banning of transgender people from the military.

“I’m not here to judge any types of policies,” Arnault said, according to WWD. “I’m here to work with my brand and we are going to, over five years, have 1,000 people working here and that’s what matters.”

WWD reports the factory spans 100,000 square feet on Rochambeau Ranch, a piece of land called the after the French general who was crucial in the Revolutionary War. Its opening marks the brand’s third U.S.-based factory — two others are located in California. In his remarks at the event, Trump mispronounced the name Louis Vuitton and joked that the brand has “cost me a lot of money over the years.”

Ghesquière has worked with Louis Vuitton since 2013, and was previously spent 15 years at the helm of Balenciaga. His post received support from other fashion industry notables, including from Louis Vuitton’s accessories creative director Camille Miceli, The Cut reports; representatives for LVMH did not immediately respond to a request for comment. 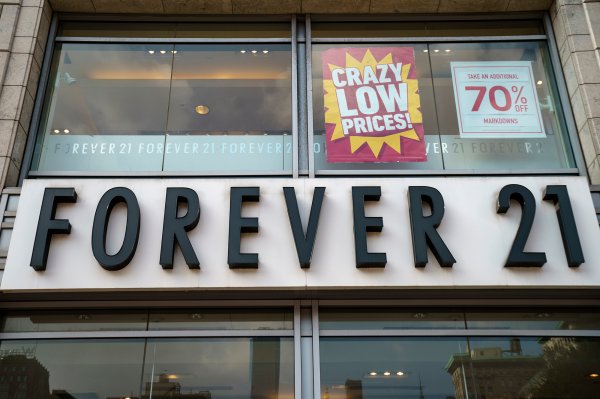 Here's What Forever 21's Bankruptcy Could Mean for the Future of Fast Fashion
Next Up: Editor's Pick