My Company Wanted to Show a Tampon String in an Ad. Major TV Networks Told Us to Remove It

This month, Thinx debuted our first ever national television ad and tried to place it on broadcast networks across the United States. Thinx makes absorbent, washable, reusable underwear that can replace pads, tampons and other disposable period products. For our first TV ad, we wanted to address the taboos that affect our customers and our industry — which partly explains, by the way, the lack of significant innovation in the menstrual hygiene industry since the first menstrual cup patent in 1937. Periods are stigmatized and, by extension, people with periods are too.

So we made a commercial that imagines an answer to this question: “If we all had periods, would we be more comfortable talking about them?” The commercial depicts cisgender men going through all the struggles with which the population of people with periods are all too familiar — trying to conceal tampon packages in our hands, fighting with an empty sanitary pad dispenser and, yes, walking through a locker room with a tampon string dangling from our underwear. About half of the world’s population will experience a period in their lifetime, so what’s wrong with an ad depicting them? If you ask me, nothing. However, multiple major networks refused to air the ad unless we replaced the scene with the tampon string.

I first got my period when I was 14 years old, and it wasn’t until I became CEO of Thinx — at age 42 — that it even dawned on me to not be ashamed of menstruating. There’s nothing inherently shameful about menstruation. (The anthropologist Alma Gottlieb has even documented many cultures in which menstruation is celebrated and a girl may be treated “like a queen” when she gets her first period.) Still, in Western culture — which informs too many of the world’s norms — menstruation is just treated as shameful and dirty, something better left unacknowledged. Advertising has long not only abided but fueled this negativity. Think about all the commercials for tampons and pads featuring blue liquid that looks more like window cleaner than the healthy human blood and tissue it’s supposed to represent.

Stigma is more than just emotionally burdensome. Stigma has social and economic consequences. School attendance for girls worldwide drops precipitously around puberty, and though there are a number of reasons, menstruation is a major factor. For instance, about 1 in 10 girls in Africa miss school every year because of their periods every year, according to UNICEF. Menstrual hygiene, including access to menstrual products, is a vital part of the solution — but stigma is a major barrier to instituting basic hygiene programs and access. The result? In India, approximately 1 in 5 girls drops out of school after starting menstruation. Even here in the U.S., 1 in 5 teens have struggled to afford period products or were not able to purchase them at all, according to a study we commissioned with PERIOD, a nonprofit focused on combating period poverty and stigma.

I don’t think a commercial featuring a dangling tampon string is going to solve all this, but I do think it’s time to be honest about menstruation — including providing accurate, shame-free information and resources to people with periods worldwide, and ceasing to disguise this natural process that we’ve been forced to hide for far too long. Instead of continuing to perpetuate the blue liquid of stigma, broadcasters have the opportunity to don the red badge of courage. One tiny tampon string seems like a small step, but it’s one that I’m willing to fight to take. 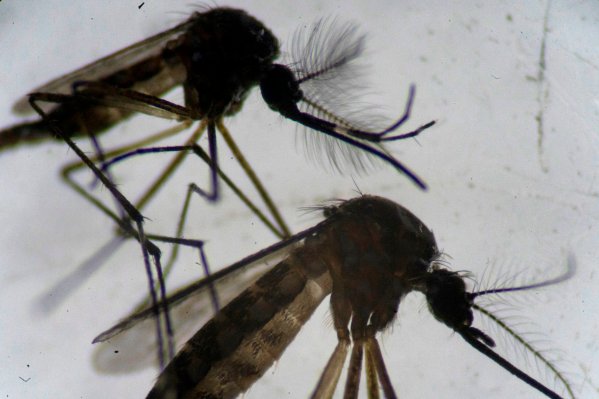