AT&T’s North Carolina proposal — which still must be ratified by the six communities involved — comes one year after the North Carolina Next Generation Network (NCNGN), a group formed by local municipalities in conjunction with local universities including UNC and Duke, asked for proposals from companies interested in offering gigabit Internet service to communities in the state’s Triangle and Piedmont Triad regions.

“All of the participants in the NCNGN project are encouraged by AT&T’s interest to deliver ultra-fast bandwidth to the Research Triangle and Piedmont regions,” Tracy Futhey, Chair of the NCNGN Steering Committee and Vice President of Information Technology at Duke University, said in a statement.

AT&T appears to have gotten the jump on Google — for now. “AT&T’s proposal is the only one being recommended for approval at this time but our communities remain active in discussions with other vendors,” NCNGN program director Elise Kohn told WRALTechWire.

(MORE: Google Is Making a Major Play to Provide Your Internet)

For years, expanding U.S. broadband service has been a national priority. But despite the fact that U.S. researchers developed the Internet, the U.S. has fallen behind in broadband speeds and penetration compared to other developed countries. A recent study by networking giant Akamai ranked the U.S. eighth in global average connection speeds.

Many large Internet providers have insisted that Americans don’t want or need gigabit broadband service, but that’s starting to change, as cities across the U.S. move aggressively to upgrade their Internet networks to boost economic growth and provide increased opportunity for citizens.

“Obviously Google has been this catalyst for AT&T and others to respond to what they’ve done in Kansas City and Austin,” Jeff Heynen, a Wake Forest-based analyst with Infonetics Research, told the Raleigh-based News & Observer. “Here’s an opportunity really for AT&T and Time Warner to respond and get ahead.”

In Texas, AT&T began rolling out its Austin gigabit offering in December. Google has yet to launch its service, because it is still navigating bureaucratic hurdles and assembling the necessary permits. (Needless to say, AT&T wasn’t thrilled about the prospect of giving Google access to the 20% of Austin utility poles that it owns.) In the meantime, other Austin players including Time Warner Cable and a local firm called Grande Communications, are moving to boost their Internet speeds.

“To be honest, we wouldn’t have launched a 1Gbps service unless we didn’t see it happening in the market,” Matt Murphy, president of Grande Communications, a small Austin cable operator, told CNET. “Google has definitely stirred things up in Austin. And when we saw AT&T and Time Warner Cable answering that threat, we knew we had to do something too in terms of speeds and pricing.”

Like North Carolina, Austin is a prime example of how the prospect of Google’s gigabit entry into the marketplace is prompting competitors to improve their services. That, after all, was a crucial part of Google’s strategy. “Google isn’t even offering service in town yet, and already parts of Austin are getting better broadband,” Stacey Higginbotham, a respected tech reporter at Gigaom and Austin resident, wrote in a recent post. “That’s cool.” 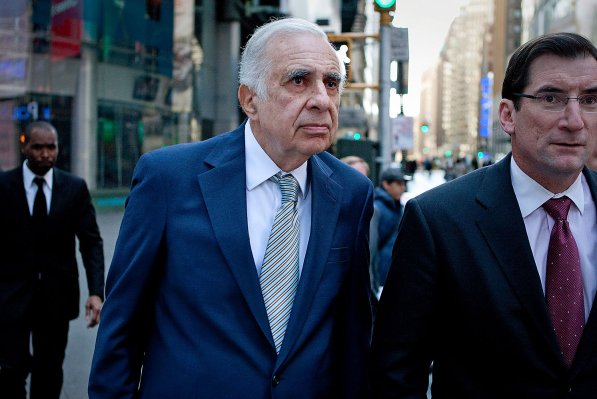 Icahn Ends His Potentially Bloody War Against eBay
Next Up: Editor's Pick