Turkish President Recep Tayyip Erdogan said he won’t forget a letter from U.S. President Donald Trump that warned him not to be a “fool,” a “tough guy” or a “devil,” and vowed a response to what he said was a missive out of line with diplomatic courtesies.

Trump penned the warnings in a letter to Erdogan dated Oct. 9 in an effort to persuade the Turkish leader not to start a military offensive in Syria. Turkey sent troops across the border to push back American-backed Kurdish fighters on the same day, and the operation was its response to Trump’s letter, according to Gulnur Aybet, an aide to Erdogan.

Erdogan’s remarks on Friday are his first public reaction to the widely ridiculed letter. They come a day after he reached a deal with U.S. Vice President Mike Pence in Ankara to halt Turkey’s offensive for 120 hours to allow the withdrawal of Kurdish fighters that Ankara considers a terrorist threat.

Erdogan said he was withholding a response at the moment.

“We don’t see this issue as our priority today,” he told press in Istanbul. But, “it should be known that when the time comes, necessary action will be taken regarding this issue.”

Erdogan is expected to meet Trump in Washington on Nov. 13. 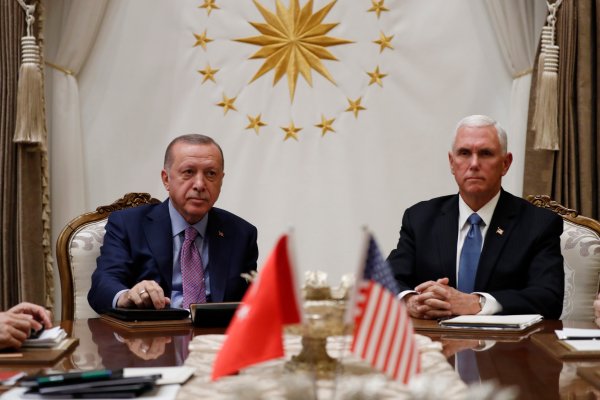