Exercise and video games don’t usually go hand-in-hand. Sure, exercise has fallen victim to “gamification,” turning steps and reps into points and percentages to compare against friends. But video games themselves have remained largely low-intensity, save for the efforts of some, like Nintendo, whose Wii Fit fitness game sold millions of copies. Now, Nintendo is back at it again with Ring Fit Adventure ($79), another attempt from the company to get people up and active while they’re playing.

In the spirit of Nintendo’s past exercise-related games, Ring Fit Adventure for the Nintendo Switch comes with an amusingly absurd adventure game along with even more absurd accessories: a large, rubber ring and a strap for your legs. I decided to use this as an opportunity to get into the exercise habit, starting with dragging my butt out of bed in the early morning, putting on some shorts, and literally strapping a controller to my body. You’ll need two Joy-Con controllers to get the party started: one to insert into the leg strap that goes around your thigh, the other to insert into the Ring-Con controller slot.

The Ring-Con itself is an oddity, looking more like an infomerical exercise gimmick than a game controller. Part controller, part rubber resistance band with hand grips, the Ring-Con is able to measure your force as you push and pull on it. While you can’t adjust the Ring-Con’s resistance level, you can pick between three game difficulty thresholds, so even your not-so-active friends can get a few fun minutes in.

The “adventure” part takes the form of a turn-based role-playing game that you mostly control with your entire body rather than buttons. As what I assume is some sort of animated supermodel, you inadvertently release a very angry, very buff dragon from its prison, forcing you to track it down and stop it from wreaking havoc.

You’ll go from level to cartoonish level, collecting coins and taking out enemies in your way with physical exercises. It’s not exactly exploratory; you follow a predetermined route in each level, explored by you jogging in place (or squatting up and down if jumping in your apartment isn’t feasible). You can use those coins to buy stat-boosting athleisure, and unlock treasure chests with goodies like health-boosting smoothies. The more engaging bit comes in the form of the fights.

Both exercises and monsters are color-coded, giving you a quick way to figure out the most effective way to dispatch your enemies and avoid losing the fight (you can follow the moves of your Clippy-like helper, Tipp). The turn-based role-playing game uses exercises as moves to attack and defend. Squats throw kicks, presses throw punches, and your abs are a shield against enemy strikes. The end of each level will present you with a breakdown of all your performed moves, calories burned, and offer to scan your heart rate using the Joy-Con’s IR sensor.

The best (or worst) part of a game dependent on motion controllers? It’s hard to fake it. And in Ring Fit Adventure, every rep counts. You’re going to feel that overhead press right in your chest as you squeeze the Ring-Con above your head. Those squats are real squats. Get too lazy and your attacks do less damage, lengthening your fight and putting you at risk of losing.

Aside from the adventure part, there are some actual exercise elements you can pick and choose from. A selection of a dozen mini-games will have you parachuting through hoops, sculpting vases, and crushing robots until you’re ready to grab a glass of water (for the more competitive, you can choose to add your mini-game score to a worldwide leader board). It’s easy to play with a group, too, so you can all look ridiculous as you try to get your butt as close to the floor as possible.

You can build exercise playlists or pick from Nintendo’s included offerings, which focus on particular regions of the body with exercises and some mini-games thrown in for some targeted entertainment.

Other elements, like an offline workout mode (the Ring-Con will record certain exercise activity even when the console is off) and a workout reminder alarm bring Ring Fit Adventure back to the realm of health and wellness, and make you feel not so bad for firing up some video games at 5 a.m.

If all this sounds like exactly something Nintendo would do, you’d be right. The company is on a mission to change how we interact with games, and wants to make them more engaging, active, and beneficial than just slouching on the couch. To say it has succeeded with Ring Fit Adventure might be an overstatement, of course. But it’s an exciting, engaging concept from Nintendo, one that puts its competition to shame when it comes to advancing what gaming is, and what it could be. As for the whole working out part, there’s no harm in adding a few reps and squats to your morning routine, especially if you know you’ll trounce your last high score. It’s a great addition to Nintendo’s lineup, one that makes me wonder what weird gadgets and ideas it’s cooking up behind closed doors. 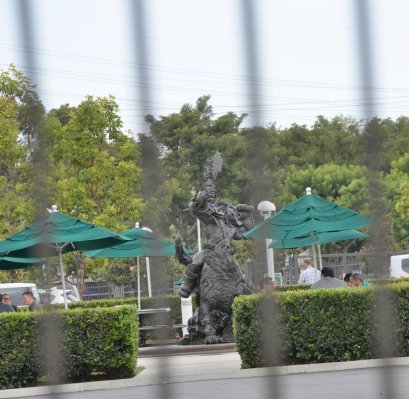 How Hong Kong Protests Set off an Esports Controversy
Next Up: Editor's Pick