A powerful northeast “bomb cyclone” has caused power outages — from New York to Maine — that have affected more than 500,000 customers as of Thursday morning.

The storm is expected to “continue to bring heavy rainfall, gusty winds, and coastal erosion to parts of New England through Thursday” before approaching eastern Canada by Friday, the National Weather Service said.

Massachusetts and Rhode Island have been hit especially hard, Deger says, adding that the cyclone is probably at “peak intensity right now.” But, “As far as damaging winds are concerned, those should be over by tonight and tomorrow for sure,” Deger says. He says the big danger is not flooding, but wind—and that some wind gusts have reached the 70-90 mph range.

“There is a danger to life and property but the good news is the storm is starting to pull away from Southern New England,” Deger says. “We’re still going to see some strong winds with gusts as high as 40-50 mph but I think the strongest winds are in the past in places like Boston and Providence.”

As of 8:47 a.m. on Thursday, more than 225,000 customers in Massachusetts alone had lost power, according to the state’s emergency management agency. Massachusetts State police have already responded to “numerous reports” of downed trees and utility wires.

Local law enforcement is also helping with the response.

Maximum wind speeds have been recorded up to 81 mph in New Harbor, Maine—about 40 miles northeast of Portland—with winds measuring in 40, 50 and 60-mph range across the state.

Forecasters say the storm has brought “chilly and gusty winds” and low temperatures around the 30s and 40s. These “chilly conditions” are likely to remain until Friday, according to Accuweather. 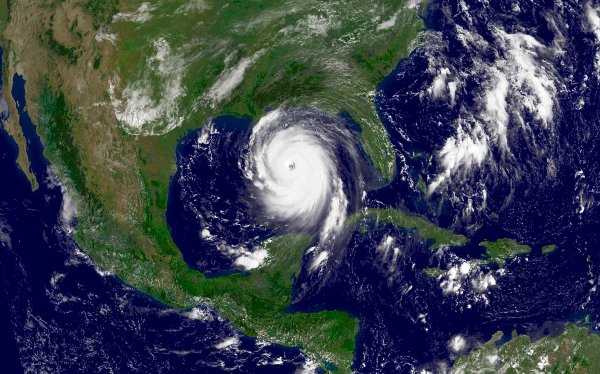 How Are Hurricanes Named? Here's What You Need to Know
Next Up: Editor's Pick