To Protect the Amazon Rainforest and Beyond, We Must Start in the Andes

If the Amazon rainforest are the lungs of the planet, then the Andes are its lifeblood.

The world’s last remaining hotspot for agrobiodiversity, the region is the origin of many nutritionally important crop species and superfoods—grains like amaranth and quinoa; lupine pulses and maca roots—that underpin ecosystems, economies and diets.

At the same time, agriculture at the highest altitudes in the world is acutely threatened by climate change, with increasingly extreme droughts, hailstorms and frosts. Home to more than 85 of the planet’s 110 climate zones, the Andes is a living laboratory—for advances in both climate science and the understanding of its environmental impact on food systems.

For scientists, this offers an enormous opportunity. By better understanding the extremes experienced in the Andes and how the environment, agrobiodiversity and people adapt to them, we can be better prepared for what might happen elsewhere as a result of extreme and unpredictable weather patterns.

For example, temperature rises are affecting the size and spread of the thousands of kilometers of glaciers that stretch the Andes. This would impact not only the ecosystems of coastal mountains and valleys, but also the Amazon’s multiple river basins. In rivers close to the Andes, such as the Vilcanota in Peru and the La Paz in Bolivia, glacial melt provides as much as 50% or more of the water. Reduced glacial melt could cause some rivers to dry up in the dry season, leaving riverside communities without a vital source of irrigation unless investments are made into water harvesting. Studying the impact of rising temperatures on glaciers and meltwater in the Andes could lead to valuable insights not only for the future of the Andes-Amazon region, but also for other tropical mountain regions, where climate change is likely to impact downstream water supplies.

There are also untold benefits of better understanding the contribution of the Andes region as a dual carbon sink, with its upland peat soils and tropical forest. High altitude carbon sequestration is currently poorly understood or studied, yet the volume of carbon stocks in peatlands in the Andes are comparable to those in the Amazon, and offer a key opportunity to mitigate climate change.

Meanwhile, extreme weather in the Andes is already contributing to migration, playing a role in the decision of many highland farmers to move to lowlands in search of more productive farmland, or alternative work. Evidence indicates that new settlers contribute to deforestation in the Amazon region as they try to grow their crops because of limited understanding of land management in different environments. Perhaps worse is the fact that most domestic migrants end up in urban slums lacking the public infrastructure and services needed for the influx.

On the other hand, growing awareness of the region’s cultural and culinary diversity is generating new options for rural entrepreneurship. Projects promoting traditional food in niche markets and bringing value back to the land through rural tourism have untapped previously untouched wells of resilience, and shown that there remain viable ways to live sustainably and comfortably in the Andes.

In fact, there is enormous investment potential in the unique biome and bio-economy of the Andes, and the huge number of crop varieties available there and nowhere else. Growing interest in native species like quinoa and lupines can support high-value markets and enterprises that prioritize sustainability and diversity. Successful examples include the Mater Iniciativa of Michelin-starred chef Virgilio Martinez, and the private-public partnerships that tripled the export value of Peru’s native potato varieties between 2010 and 2015.

By studying the effects of extreme conditions on key crops grown in the Andes, we can safeguard and improve on these gains, in order to meet a growing demand for sustainable diets, particularly in emerging markets, while also preserving rural incomes and livelihoods and reducing the need for Andean people to move elsewhere. It won’t be easy. It might mean training Andean potato farmers in climate-smart practices, or getting farmers to switch to new crop varieties that are better able to survive new weather conditions. But by protecting the agricultural diversity found in the Andes, and harnessing its resilience to the climate extremes happening faster there than anywhere else, we can learn vital lessons to help the rest of the world survive the climate emergency. 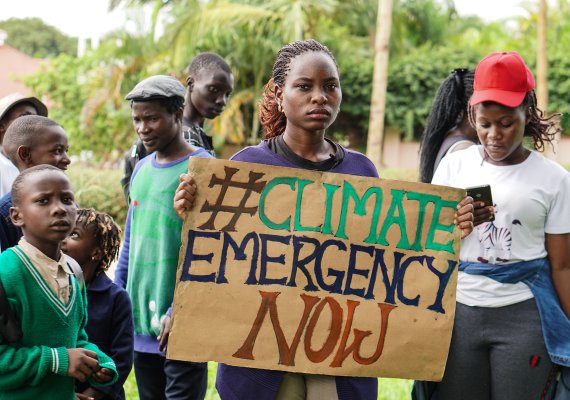 'You Will Soon Feel the Same Heat We Feel Every Day.' Watch This Powerful Speech From a Young Ugandan Climate Activist
Next Up: Editor's Pick