Tom Steyer Has Spent $47.6 Million on His Presidential Campaign. That Money Could Help Democrats in Hundreds of State Races

California billionaire Tom Steyer has spent $47.6 million dollars of his own money in 84 days on his longshot presidential bid, according to FEC filings, making him one of the biggest self-funded presidential candidates in American history.

Steyer spent most of that money on advertising in early states to help him meet the polling and small donor threshold for Tuesday night’s debate. He’s polling below 2% nationwide. In early states, he’s at 8%, according to the latest Morning Consult poll. But after a lackluster performance in Tuesday’s debate — which ended up costing him roughly $37,000 per word he spoke — that massive advertising push is looking less and less fruitful.

Steyer has long been a top Democratic donor and had bankrolled major initiatives like NextGen America, which organizes young people to vote, and Need to Impeach, a campaign to increase public support for impeaching Trump. He committed $50 million to continue funding those initiative as well as grassroots organizing group For Our Future.

“For more than a decade Tom Steyer has put his time, his heart, and his financial resources behind his values to fight corporate greed and corruption, and organize people in support of progressive causes,” a spokesman for Steyer said in a statement. “As the current election continues, Tom has publicly pledged that he will continue supporting Democrats and progressive causes regardless of the outcome of his candidacy.”

But some of the “structural changes” Steyer talked about on Tuesday night — especially voting rights — are actually decided on the state level, where Steyer’s $47 million could go a lot further than it would for a presidential candidate who was recently polling within the margin of error of zero. In 2010, Republican strategists spent $30 million in ads to help the GOP win 700 state legislative seats, which helped them wipe out Democratic power in Pennsylvania, Ohio, Michigan and Wisconsin and gave them control of redistricting and voting rights in those states. If Democrats win control of key state legislatures in 2020, they will make crucial decisions on voting rights, health care, and reproductive access. More important, strategists say, is that whichever party controls state legislatures next year will draw congressional districts, which could determine Democrats’ chances on the federal level for the next decade.

“He as a donor could max out to every Democrat running for state legislature and not spend $47 million,” says Amanda Litman, co-founder of Run for Something, which recruits and trains progressive millennials to run for state and local office. And if he did that, Litman says, he could get a lot more bang for his buck: according to Run for Something, it costs less than $200,000 to run for legislature in 24 states. In some states, like Maine and Mississippi, the average statehouse race costs less than $20,000; in Vermont, New Hampshire and Montana, it costs less than $10,000.

“If his goal is ostensibly to ensure progressive policies moving forward and make big structural changes to our government,” Litman says. “There are better ways for him to spend $47 million.”

“There is a lot of money being spent on Democrats fighting other Democrats right now that could be spent on the general election,” Vaughan says. “There are a lot of other races on the map that are as or even more important, including all these state legislative races that will control the future of how districts are drawn in this country.”

“It’s his money, he can spend it however he wants,” Litman says. “For a businessman, this is a very low return on his investment.” 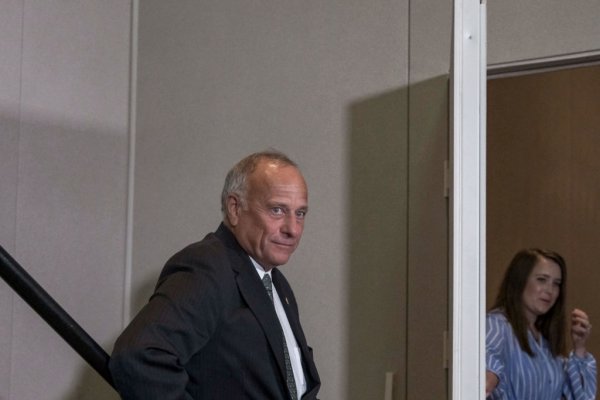