The wife of a 33-year-old New York City police officer found him dead by suicide at his home on Tuesday evening. The officer’s death marks the 10th police suicide in the city this year.

Police said that the officer was found at around 9 p.m. at his residence in the Fresh Meadows neighborhood of Queens.

Commissioner James O’Neill told CBS New York on Oct. 9 that more officers have died by suicide in 2019 than in recent years. There had been four or five NYPD suicides annually for the last five years. O’Neill described the situation as a “mental health crisis.”

The rate of suicides among NYPD police officers is already higher than for other residents of New York City. The rate of suicides for uniformed NYPD personnel is 13.8 per 100,000 people (according to 2017 data) while for the city’s population overall it is 6.7 per 100,000 (according to 2016 data). Some officers and experts say that on-the-job trauma and stress, combined with a culture of stigmatizing mental illness, create conditions that are dangerous to officers’ mental health.

Andy O’Hara, a retired California Highway Patrol sergeant, wrote in a 2017 Marshall Project essay that there is a “code of secrecy” surrounding police mental illness. “Based on 24 years experience on the job, I believe that work-related stress and depression are far more prevalent in police work than reports suggest,” O’Hara wrote. “Law enforcement is one of the most toxic, caustic career fields in the world. But, while injuries like PTSD are increasingly acknowledged within the military, its prevalence in civilian police work goes virtually unnoticed.”

A report by New York City’s Department of Investigation published in September found that the police department’s internal support services are “underused” by officers, and that officers often said that stigma made them reluctant to get help.

A survey of 174 officers conducted by the investigators found that 44, or 25%, reported having an experience that made them consider receiving “behavioral or emotional support” from a professional, but only 28 of these officers actually sought help. The most common reason why an officer considered seeking support was a “tragic incident on duty.”

Among other recommendations, the report said that the department should consider establishing mandatory mental health checks for all officers.

The New York City Police Department has started several new initiatives to help support the mental health of its officers over the last two years, including a new Officer Mental Health and Wellness Task Force. 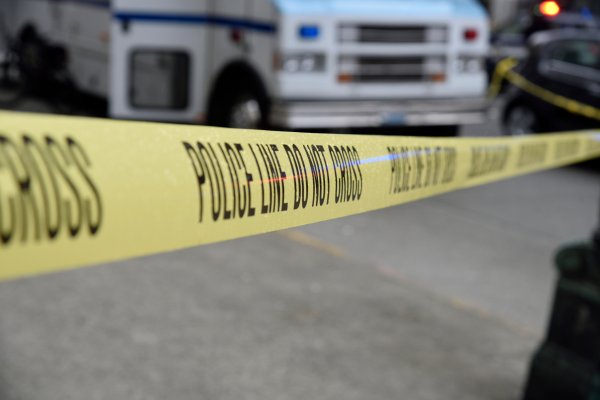 4 Killed, 3 Injured in Brooklyn Shooting
Next Up: Editor's Pick