From left: A wingette cheers on contestant Molly Schuyler, of Omaha, Neb., during the Sportsradio 94 WIP's Wing Bowl 22 held at the Wells Fargo Center in Philadelphia, on Jan. 31, 2014.
Alejandro A. Alvarez—Philadelphia Daily News/AP
By Sam Frizell

Molly Schuyler is no chicken when it comes to wings.

The 5-foot-7, 125-pound mother of four flew past the competition to put down 363 chicken wings in 30 minutes at the Wing Bowl 22 on Friday, smashing the previous record held by Takeru Kobayashi, who ate 337 wings at the event in 2012.

The Nebraskan competitive eater faced tough competition from Patrick Bertoletti, a Chicago native who ate 356 wings. And she didn’t exactly wing it: she had to eat nine pounds of cottage cheese in 114 seconds to qualify for the competition. But Schuyler’s effort at the 8 a.m. challenge brought her a $22,000 top prize in the competition.

Schuyler also holds a world record for eating a 72-ounce steak in less than three minutes. 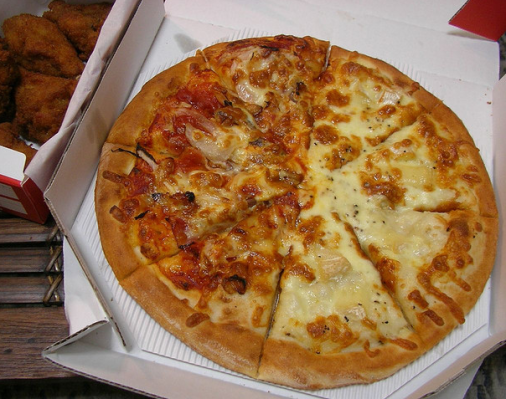