A panel with the American Arbitration Association determined that Dwyer had violated the sport’s anti-doping rules and suspended him from competition from Dec. 21, 2018 through Aug. 20, 2020.

Testosterone pellets are a form of hormone therapy that are implanted under the skin and slowly release testosterone over the course of a few months. Increased testosterone can boost an athlete’s performance by promoting muscle building.

Dwyer had testified before the panel that he did not know inserting the pellets would count as an anti-doping rule violation and that he had been suffering from health issues, including difficulty sleeping, fatigue, depression and anxiety. He said that he was primarily concerned with “his overall mental health and well-being,” and not focused on swimming.

The panel noted that while Dwyer had violated anti-doping rules, the case was complicated as Dwyer “simply did not grasp that the synthetic performance-enhancing version of testosterone was involved. He was “convinced his use of it had been approved” by the U.S. Olympic & Paralympic Committee, they continued.

Dwyer had said he relied on his long-time health and fitness coach, Dr. Ed Reardon, and Dr. Dana Russo, a medical doctor with experience in the insertion of the pellets. Dwyer said Russo had said she relied on advice from the U.S. Olympic & Paralympic Committee, according to the USADA. (The panel ruled in turn that, “even though giving such alleged advice is highly unlikely, the Panel finds by a balance of probability that Dr. Russo convincingly reported her understanding (or misunderstanding) of her conversation with the USOPC Respondent.”)

Russo did not immediately respond to a request for comment from TIME.

Dwyer testified that he supports the anti-doping mission, has tried to “do it the right way” his entire career and that he was crushed when he got the notice about the violation from USADA.

He announced his retirement on social media, saying that “this is an unfortunate end to an incredible chapter of my life” but that he “accomplished more than (his) wildest dreams.”

“I have always felt that swimming chose me – it has and will always have a very special place in my heart,” he wrote on Instagram.

In response to the USADA verdict specifically, Dwyer said that he was “pleased” that the panel “acknowledged that (he) made an honest but unfortunate mistake in regards to (his) medical treatment” and that he “would never knowingly violate anti-doping rules.”

By the time of publication, neither USA Swimming nor Team USA had responded to a request to comment from TIME.

Most Popular on TIME
1
Brazil Is Starting to Lose the Fight Against Coronavirus—and Its President Is Looking the Other Way
2
Chief Justice: COVID-19 Teaches Humility
3
Jacinda Ardern Continues TV Interview in Earthquake 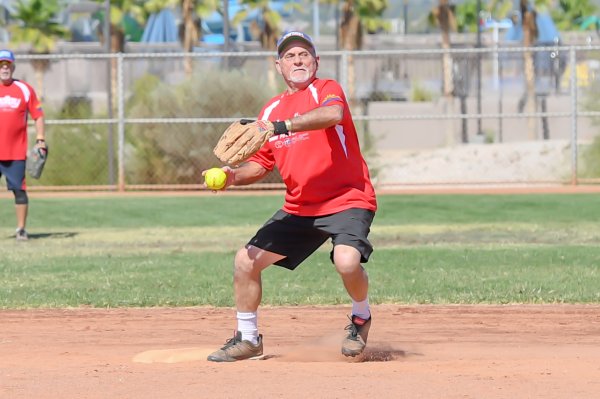