Losing your wallet is a sure-fire way to ruin your own day. It starts with panic when you realize the loss, moves to a sinking feeling that your wallet is truly MIA, continues with monitoring your credit card transactions, and usually ends with calls to the powers that be at every credit card company, bank, and gym membership you had stored in your wallet, while you mourn the loss of your cash and nearly-full buy 10 get one free ice cream punch card.

Tim Cameron was most likely working through those stages of grief on Monday when he realized that he had lost his wallet on the way home from his job in London. Luckily, though, a Good Samaritan had found the wallet and came up with an ingenious plan to get it back to its rightful owner. Like most people who lose a wallet, Cameron quickly checked his bank account to see if there was any unauthorized or strange activity. Turns out there was—but for a good cause.

Cameron noticed that there were a series of bank transfers all for just one pence and each came with a very small message. Turns out that someone had found his wallet, but since there wasn’t enough identifying information to track down the owner he had come up with the scheme to send his name and phone number through bank deposit notes. As Cameron explained in a tweet that each of the “4x transfers of £0.01” allowed for “a reference up to 18 chars”, which is how the helpful stranger, known only as Simon, conveyed his contact information to Cameron.

Cameron called the number, got Simon’s address, and soon enough was reunited with his wallet, handing over a bottle of red wine as a thank-you gift. 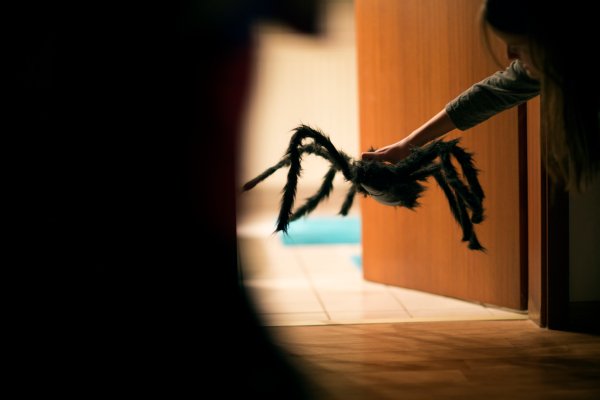 Your Halloween Hero Has Arrived. It's 'Charlie' Fighting Back Against a Rude Animatronic Spider Because He Does Not Suffer Fools
Next Up: Editor's Pick