Comedian Tig Notaro said receiving her cancer diagnosis in 2012—which followed a series of tragic events that had upended her life—was so horrific, she had to laugh.

Notaro, known for disarming, deadpan-style of comedy, spoke about finding the humor in devastating moments during an interview at the TIME 100 Health Summit on Thursday.

“I kept thinking maybe I was cursed,” she said. “When I went in for my appointment and was diagnosed with invasive cancer, it took my breath away in horror—and like, oh my god, this is hilarious. Of course, it wasn’t hilarious but something has to break the tension.”

Notaro’s diagnosis of cancer in both breasts came after a four-month period during which the comedian suffered a rare intestinal disorder, lose her mother unexpectedly and went through a breakup. A few days after she was told she had cancer, Notaro opened her comedy set at Largo in Los Angeles with: “Good evening, hello, I have cancer. How are you?” — a line that captivated the audience and cemented Notaro as a comedy great. Since that set, Notaro has channeled the highs and lows of topics like cancer and death into her comedy, offering transparency about her toughest challenges.

Speaking with TIME editor-at-large Belinda Luscombe during an interview about dealing with health issues and healing through humor, Notaro said comedy was a helpful tool to navigate the heavy emotions brought on by illness. She later had a double mastectomy and, deciding not to have reconstructive surgery, featured her surgery scars in her 2015 comedy special Boyish Girl Interrupted, which aired on HBO.

“I thought that it was funny to go on stage and take my shirt off and tell jokes that have nothing to do with cancer,” she said. “I used to struggle with [the scars] but then I realized they just represent my body healing and I started to feel empowered by it.”

In a message directed to people who have not dealt with cancer or other serious health issues, Notaro cautioned against promoting constant positivity to those who suffer from illness. People undergoing treatment or dealing with a disease need to be able to share when they’re in pain or are scared or feel helpless about what to do, she said.

“When you’re in these places of despair and pain, sometimes you need to be able to speak in that space … and for people to be able to sit in that moment with somebody and accept that and not try and suffocate them with ‘You’re going to be okay,'” she said. 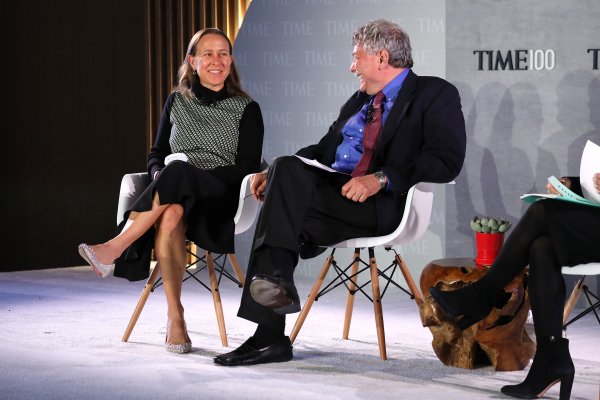