Be the panda. That is the simple idea behind the latest effort to save one of the world’s most adorable but obstinate species. Thanks to hunting and the destruction of their natural habitat, there are now only an estimated 1,600 giant pandas left in the wild. Conservationists have spent years trying to bring the much loved species back from the brink of extinction, but breakthroughs have been few and far between.

In 2005, scientists at China’s Wolong National Nature Reserve, in Sichuan province, attempted to release a young male into the wild, but it soon died, likely as a result of a fight with wild pandas. That’s when the reserve’s director, Zhang Hemin—dubbed Papa Panda—and his team realized that the captive-born animal didn’t really know how to behave like a panda, and revamped the reserve’s program nearly from scratch. They eventually decided that the best way to raise captive pandas that act like wild ones was to erase all traces of humans from their world and allow the mothers to raise their cubs on their own.

Today, those who come into contact with Wolong’s captive pandas must first trade in their workaday clothes for furry, black-and-white panda suits that have been smeared with a species-specific perfume: panda pee and feces. Cubs are raised by their mothers in moss- and bamboo-cloaked enclosures, but virtually from birth their every move is tracked by some 200 closed-circuit cameras. As they grow, they are transferred to progressively larger and more complex panda playpens, where they learn to forage and frolic on their own. “This is a very promising way to link the breeding program to the need for more pandas in nature,” says David E. Wildt, an expert in species survival at the Smithsonian Conservation Biology Institute.

The strategy seems to be working. Last year, the reserve’s captive-panda population produced a bumper crop of 21 cubs. And so far, Zhang’s team has managed to successfully reintroduce two pandas into the wild. The first, a captive-born male named Tao Tao, was set free in a nearby sanctuary with about 13 wild pandas in October 2012 and is reportedly thriving. And last November, photographer Ami Vitale accompanied M. Sanjayan, a scientist working on behalf of the U.S.-based Nature Conservancy, and a crew from PBS and National Geographic Television to the Wolong reserve, where they filmed the captive pandas and observed the release of a second animal, a 2-year-old female named Zhang Xiang. At last update, in January, state media said Zhang Xiang had survived the two-month “transition period” and was doing well. Unlike pandas in zoos, “she will have no lines of schoolchildren waiting to meet her nor a fan page on Facebook,” Vitale says via email. But she will have the chance just to be. 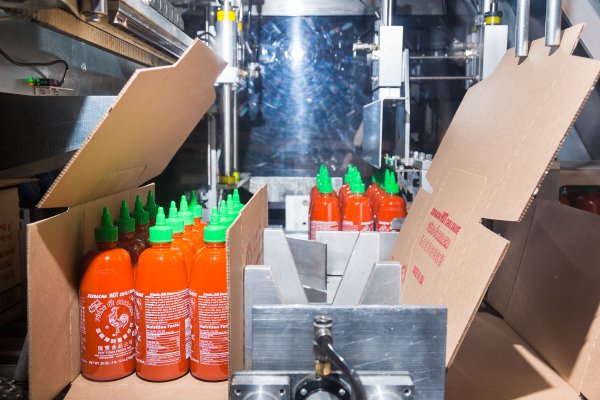 California’s Sriracha Factory Is a 'Public Nuisance'
Next Up: Editor's Pick