‘Of all the years I’ve been in office, I’m the happiest now.’—Justin Amash, on leaving the Republican Party to become an independent
Evan Cobb—The Washington Post/Getty Images
By Lissandra Villa/Grand Rapids

Justin Amash is sipping water at a movie-theater bar in Grand Rapids, Mich. It smells like popcorn, there are neon lights everywhere, and Remember the Titans is playing silently on wall-mounted TVs. A steady trickle of people pass by, but none seem to recognize their Congressman, a thin guy in a polo shirt, khakis and wiry glasses topped with a pair of Eugene Levy eyebrows.

If the Congressman keeps a low profile, it’s not because of his decisions. In May, after reading the Mueller report, he became the only Republican in the House to say President Donald Trump had engaged in behavior that met “the threshold for impeachment,” and in July, he announced he was leaving the Republican Party and running for re-election in his Michigan district as an independent. As national Republicans continue to defend Trump, Amash has become something of a unicorn–and is risking his seat along the way.

“I want people to see that I was a Congressman who followed a consistent set of principles, upheld the Constitution and didn’t bow to pressure,” he says. “That I stuck by what I thought was right, regardless of how difficult it would make anything.”

His decision to leave his party on July 4 came months before the biggest news story in American politics broke. In September, House Democrats formally announced they would pursue an impeachment inquiry into Trump, centered on whether the President asked a foreign government to investigate one of his top political rivals. As congressional Republicans have circled the wagons around Trump, Amash has spoken out critically. He called the summary of the call between Trump and the President of Ukraine “highly incriminating,” and indicted most Republican attempts to defend Trump as “an effort to gaslight America.”

Amash’s moves aren’t necessarily surprising to those familiar with his tenure in Congress. A pugnacious conservative who drafted the original mission statement for the House Freedom Caucus, Amash has long had a reputation for being the Lego beneath the foot of Republican leadership.

But being the dissident is also risky. Loathed by the GOP establishment and estranged from his former allies in the Freedom Caucus, Amash now must reintroduce himself to his constituents in a district that went for Trump in 2016. Suddenly, after five straight election victories, Amash’s re-election campaign is a toss-up. It’s a race that will test the price of principle in Trump’s America.

By Amash’s own telling, he’s matured during his time in Congress. On the late-August day that we met, he reflected on his past partisanship. “I just think if President Obama were saying the kinds of things President Trump is saying, and this were several years ago, I would have been a lot harder on Obama,” he says. “And I don’t think there’s anyone in either party for whom that’s not true.”

Trained as a lawyer, Amash worked for a Michigan law firm before joining his family’s tool business. At 28, he was elected to the state legislature, where he earned the nickname Mr. No: he’s anti-abortion, pro–Second Amendment and a committed fiscal hawk (though he voted for the Republican tax bill in 2017). Two years later, he won his seat in Washington as a freshman member of the House, where he continued to ruffle feathers. In 2012, he was ousted from the House Budget Committee after voting against fellow Republican Paul Ryan’s proposed budget.

In the 2014 cycle, Amash’s habit of defying the Republican establishment earned him a primary challenger, Brian Ellis, who was backed by a pack of heavy hitters, including the U.S. Chamber of Commerce and Right to Life of Michigan. Ellis ran an ad calling Amash, whose father is a Palestinian refugee and mother is a Syrian immigrant, “al-Qaeda’s best friend in Congress.” Amash won handily, let Ellis’ concession call go to voice mail and demanded an apology. Later, Amash and the Freedom Caucus were instrumental in pushing Speaker of the House John Boehner into early retirement.

When Trump came around, Amash expected that he and his conservative colleagues would continue to act as an independent faction in Congress, keeping both their party and their President in check. Instead he watched as his peers fell in line behind the President. Last year, after former Representative Mark Sanford, another Trump critic, lost his congressional primary, Trump insulted Sanford in a closed-door meeting with Republicans on Capitol Hill. At a dinner later that night, Amash pleaded with the Freedom Caucus to defend Sanford, the Washington Post first reported. But no one wanted to confront Trump. Sanford recalls his fellow members “sheepishly looking the other way.”

“I think that [Amash] has represented something of the conscience of the conservative movement within the Republican Party,” Sanford told me. “He always stood for true north, whether that meant he was fighting alone or with a group of others. I think he’s ahead of his time.” In June, Amash quit the Freedom Caucus.

“Of all the years I’ve been in office, I’m the happiest now,” he says of his new independence. “It’s very freeing to not feel bound to a particular party.”

The 2020 battle is on in Amash’s district in western Michigan, where both Democrats and Republicans are already deep into primary season. While state political operatives say a front runner has yet to emerge, there are at least five Republican candidates seeking the nomination to challenge Amash. The list includes Peter Meijer, a veteran whose wealthy family owns a Michigan-based grocery chain, and Jim Lower, a state legislator who jumped into the race after Amash expressed openness to impeaching Trump earlier this year. Michael Meyers, a state GOP operative working with Republican candidate Lynn Afendoulis, says Amash has his work cut out for him in his re-election bid. “I think this boils down to a Congressman that has always thought that he was right and that everyone else was wrong,” he says. “And that has cost him most of his friendships and most of his relationships in the community.”

Then there’s the other question that hangs over Amash’s political future: whether he will run for President in 2020 as a conservative alternative to Trump. “If I feel like I can go on the national stage and help advance the kind of things I’m talking about, then that’s something I’ll definitely consider,” he told me. “I’m not going to rule that kind of thing out.”

Amash says people from both sides of the aisle have told him they hope he succeeds, if only to show that breaking free of the two-party structure can work. By leaving the Republicans, Amash says, he has expanded his ability to speak to a broader group of voters, many of whom might not listen if he were the GOP’s man.

I ask what he sees as his new role in Washington, and he doesn’t miss a beat. “Setting an example for people,” he says. “Talking about how things should work in Washington. Talking about how things should work at home.” He said his fellow politicians would benefit from thinking independently rather than taking blind cues from leadership. His job, he said, is to “go spread that message, and use all of my influence and skills to do that.” 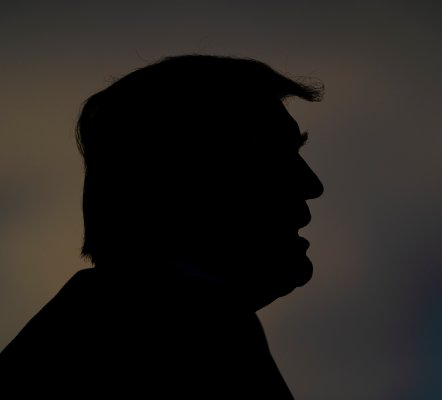 The Impeachment Fight Will Transform State and Local Races in 2020
Next Up: Editor's Pick