Ang Lee already knows how you feel about 3-D movies. “It gives you a headache–of course you don’t like it!” the Academy Award–winning director says at an editing studio in midtown Manhattan. “The projection is bad. It’s too dark.”

Complaints like these have driven many moviegoers and filmmakers away from the medium over the past decade. To many, it’s little more than a gimmick for superhero blockbusters, a quickly receding novelty.

But Lee, long an iconoclast, still believes in 3-D. In fact, he’s doubling down: his latest effort, Gemini Man, was shot in 3-D and at 120 frames per second, a far higher rate than the usual 24 frames per second. The visual effect is one of extreme fluidity, more like a video game than a traditional feature film. The movie, out Oct. 11, is in many ways a standard action sci-fi flick–Will Smith plays an aging hit man fighting a younger cloned version of himself. But Lee hopes it will be a Trojan horse for a mind-set shift around the divisive medium.

So why would one of film’s leading auteurs devote his career to what most view as a technological trifle? Lee claims that 3-D is a fundamentally different art form from 2-D–that when the brain perceives a realistic third dimension, it prompts a heightened sense of immersion and deeper emotional connection. He also believes that the shared movie-theater experience still possesses an unmatched power–and that in the Peak TV era, 3-D might be a key way to lure audiences out of their living rooms.

Whether Lee remains a lone warrior or the leader of a revolution hinges on the financial support of Hollywood–and whether other filmmakers follow him into a largely untapped dimension. “2-D is home,” he says. “I want to go to a new world.”

The director has made a career out of defying norms. In 1995, when Asian filmmakers were scant in Hollywood, Lee, a native of Taiwan who spoke minimal English, spearheaded an adaptation of Jane Austen’s Sense and Sensibility to overwhelming acclaim. In 2000, he brought martial arts to Western audiences with Crouching Tiger, Hidden Dragon, which became the highest-grossing foreign-language film in American history. And his 2005 drama Brokeback Mountain marked a turning point for queer stories in mainstream culture and earned him an Oscar for best director.

While Lee raced between genres, styles and obsessions early in his career, his current decade has been one of single-minded intent: to advance 3-D filmmaking. After James Cameron’s 3-D epic Avatar was released in 2009, grossing nearly $2.8 billion at the box office, the form experienced a renaissance: films like Alfonso Cuarón’s Gravity, Guillermo del Toro’s Pacific Rim and Lee’s own Oscar-winning Life of Pi–which was praised for its stunning aquatic visuals and glowering digitally created tiger–all achieved success within the next four years, suggesting that a new era of filmmaking had arrived.

But 3-D’s triumphant arrival was soon beset by a harsh backlash from consumers, who bristled at putting on bulky glasses and shelling out extra cash. Box-office returns dropped steadily throughout the decade, hitting a low point last year, as studios stopped greenlighting projects and theaters quit investing in 3-D digital screens. Lee’s ambitious and highly anticipated 3-D drama Billy Lynn’s Long Halftime Walk, which failed to break even at the box office in 2016, looked like it could be the form’s last stand.

Rather than concede, Lee became convinced the problem wasn’t the medium but the approach. Many recent 3-D releases, including Star Wars: The Force Awakens and Avengers: Age of Ultron, weren’t filmed with 3-D in mind but were converted in postproduction. “We imitated film,” Lee says of projects like these. “We used 2-D concepts.” In order to fully make the leap into the future, new techniques–from lighting to camera angles to makeup applications–would have to be developed.

For Gemini Man, Lee mobilized hundreds of visual-effects artists, developing higher frame rates, clearer CGI graphics and more precise projector technologies. The process has been draining. “Eighty percent of the time, you’re not dealing with art but obstacles. It’s such a waste of energy,” he says. But his pursuit is worth it to him because of 3-D’s inherent neurological advantages. “In 2-D, a movie is a picture on a wall: it’s not something that’s actually real,” he says. “In 3-D, your brain wants to believe things are actually in front of you because they have shape and movement.”

The film is filled with this type of vivid detail. In a chase scene through the streets of Cartagena, Colombia, you see not just a blur of motorcycles but the brushstrokes of colorful street art and the individual feathers on pigeons taking flight. In a combat scene that rivals Crouching Tiger in its elaborate choreography, the punches thrown are not just flurries of fists but weighty individual blows. “There’s a different intensity of somebody invading you,” Lee says of the viewer experience. “There’s no safe distance.”

While the action sequences are formidable, Lee says the medium’s biggest advantage is in the study of faces. One scene of which he’s particularly proud shows the protagonist’s young clone (acted by Smith and generated through digital effects) breaking down emotionally when he discovers a life-changing secret. His forehead is dewy, and his bottom lip quivers. “You can feel the gut feeling of somebody’s temperature. You can feel them blush,” Lee says. “You can see thoughts in their eyes.”

At the moment, 3-D remains too expensive and unpopular for studios to finance pure adult dramas, which tend to have lower box-office grosses. In order to continue exploring the form, Lee had to smuggle his emotional scenes into a blockbuster. “In painting or writing, you can try out different techniques on a small scale. But the film industry has big commercial implications,” he says. “To have something new, you have to come out loud and bold, with big action and a big movie star.”

Gemini Man is that loud and bold compromise. It allowed him to work with a bankable name (Smith); to create something never attempted before (a fully CGI human performance); and to grapple with both technological riddles and complex emotional issues, like aging and insecurity. If audiences come for Smith, Lee hopes they might adjust their visual expectations for 3-D along the way, growing to appreciate the medium instead of finding it distracting. “Our eyes can be trained,” he says.

Lee, with Smith, hopes 3-D might be a key way to lure audiences out of their living rooms
Paramount Pictures

There’s one major problem, however: most audiences won’t see Gemini Man in the way Lee intended. While the film is shot at a hyperrealistic 120 frames per second, most theaters in the U.S. are equipped to show it only at 60 frames, which is slightly blurrier and less detailed. And that’s to say nothing of the thousands of people who prefer to wait until the film comes out on streaming, who might watch it on a tablet or a phone.

Lee is aware he’s pulling the cart before the horse, but he sees no other way forward. He remains adamant that theatrical releases are a vital form of communal catharsis, even as filmmakers like Martin Scorsese and Steven Soderbergh have decamped for Netflix. “I think sitting in a temple shape with a ceremony will always be important,” he says. “There’s some kind of a release of energy and a purge of soul.” He hopes that if he offers something never seen before and impossible to replicate at home, a chain reaction will occur: audiences will return to the theaters, theaters will invest in digital 3-D screening technology, studios will finance projects, and top filmmakers will jump back into the medium.

Jerry Bruckheimer, the veteran Hollywood producer behind Gemini Man, shares Lee’s optimism, likening this technological breakthrough to the jump from black-and-white film to color. “If this picture works, we’re kind of copycats,” Bruckheimer says. “I think it’s an enormous leap. Hopefully other filmmakers will follow.”

Cameron’s Avatar sequels loom somewhere on the horizon, while Lord of the Rings director Peter Jackson is also exploring the form. Lee hopes that an institute or workshop will be created to buoy young, curious 3-D filmmakers.

But before the cavalry arrives, Lee is game to fight this battle alone. He’s already set his sights on his next dream project–a 3-D dramatization of the 1975 Muhammad Ali–Joe Frazier match–and is just waiting on a financial green light. “For a long time, I always doubted. Am I crazy? Am I seeing something that is just me seeing it? But I don’t think I’m crazy,” Lee says with a laugh. “With 3-D, it’s like looking at a baby vs. a sophisticated artist. You have to let this baby grow up.” 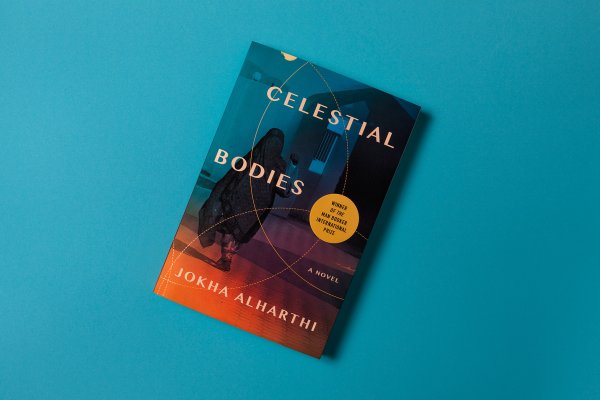 A Newly Translated Novel Charts the Dizzying Transformation of an Independent Oman
Next Up: Editor's Pick