South Park's 'Apology' to China Is Exactly What You'd Expect

Trust the creators of South Park to respond to controversy with… even more controversy.

The long-running satirical cartoon show found itself in a bit of hot water after its most recent episode, “Band in China,” parodied the way that Western media tiptoes around China’s politics and regulations, often kowtowing to the country’s more restrictive policies. Ironically, the response showed life imitating art: China effectively banned all of South Park from its internet. The Hollywood Reporter reports that episodes, clips and even discussions or social media mentions of the show have been scrubbed from popular sites including Weibo, Youku and Tieba.

So South Park itself had to have the last word. In an “official apology” shared on social media, show creators Trey Parker and Matt Stone doubled down on their stance. “Like the NBA, we welcome the Chinese censors into our homes and into our hearts,” the apology begins, referencing recent maneuverings between the U.S. sports association and China over a top executive’s position on Hong Kong. “We too love money more than freedom and democracy. Xi doesn’t look just like Winnie the Pooh at all. Tune into our 300th episode this Wednesday at 10! Long live the Great Communist Party of China! May this autumn’s sorghum harvest be bountiful! We good now China?” (The episode that sparked the removal compared Chinese leader Xi Jinping to Winnie the Pooh.)

This is not the first time China has flexed its muscle to exercise its authority; earlier this year, a number of fashion brands apologized — earnestly — after printing apparel that suggested that Taipei and Hong Kong were not part of China, a longstanding source of tension.

But unlike in those instances, the South Park team seems unbothered with their disappearance from the Chinese market, and willing to maintain their freedom of expression at the cost of government censorship in a foreign nation. 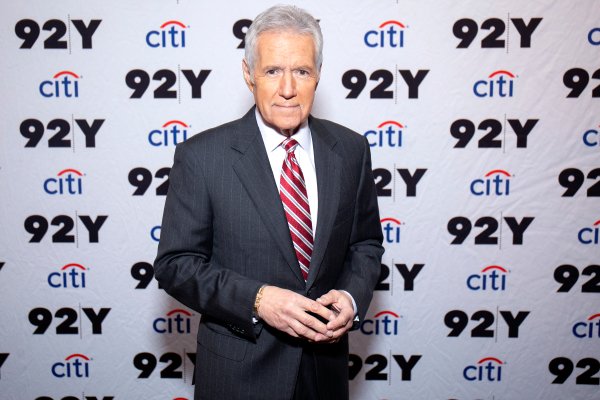 'I'm Not Afraid of Dying.' Jeopardy! Host Alex Trebek Opens Up About Renewed Cancer Treatments
Next Up: Editor's Pick