Energy Secretary Rick Perry testifies before the House Energy and Commerce Committee on his future budget request, on Capitol Hill in Washington, on May 9, 2019.
J. Scott Applewhite—AP
By Justin Worland

The news came on the heels of revelations that Trump and his allies spent much of this year pushing Ukrainian officials to investigate former Vice President Joe Biden, one of Trump’s likely opponents in his reelection bid, triggering a complicated impeachment inquiry.

So what is Naftogaz, why is it important, and where does it fit in this larger impeachment story?

The short answer is that Naftogaz, as a key transporter of natural gas from Russia to the European Union, is at the center of both legitimate U.S. policy goals in Ukraine and allegations of a pressure campaign exacted by businessmen tied to the Trump Administration.

Geography explains the importance of Naftogaz and the reasons why Ukraine has been a focal point of U.S. international energy policy. Ukraine sits right between Russia and the European Union and plays a key role moving Russian natural gas to eastern Europe where it is used for electricity, heating and other purposes. In total, the EU receives 40% of its natural gas from Russia (though not all of it comes via Ukraine).

That supply comes with strings. Russia has used the energy source as a political weapon, occasionally shutting off the gas to threaten and intimidate Ukraine and EU countries. The state-owned Russian firm Gazprom has also targeted Naftogaz directly, withholding billions of dollars in payment in defiance of court rulings. (The relationship between Gazprom, Naftogaz and the EU is currently under negotiation as the contract between Russia and the Ukraine expires in January).

In an interview last year, Naftogaz CEO Andriy Kobolyev told me that Russia was “trying to destroy Ukraine” using “military and financial” methods, including by withholding payment. “The Gazprom behavior is partly dictated by Russia’s desire to dismantle the Ukrainian state,” he said.

It’s in part this behavior that has given the Trump Administration an opening to market U.S. energy products overseas, arguing that U.S. companies are better trading partners than Russian ones. Liquified natural gas has been the most significant focus of this push. In recent years, U.S. natural gas production has reached record levels — some 92.8 billion cubic feet per day in August, enough to power the U.S. and then some — as a fracking boom opened up vast new areas to oil and gas drilling.

“The United States finds ourself in this very unique position,” Energy Secretary Rick Perry said at a press conference in Lithuania Tuesday. “We’ve been able to develop and to share [our] resources with a with a world that has substantial energy needs.”

And, while previous administrations have focused on achieving “energy independence,” Trump has described his strategy as “energy dominance.” Perry, in turn, has served as the administration’s chief cheerleader for American natural gas, traveling across eastern Europe to promote the product.

“U.S. gas is going to be competitive with anybody in the world,” Perry said in Lithuania. “Who do you want to buy your gas from: a country who has a record of cutting that gas off from time to time to meet their political needs or from the United States?”

European countries have been receptive to U.S. natural gas with a handful of countries including Spain and the Netherlands importing it from the U.S. In Russia’s backyard, Poland took its first delivery of U.S. LNG, short for liquified natural gas, this year and Lithuania is building infrastructure for that purpose now.

Experts note that the American product still struggles to compete with the low cost of Russian natural gas. “U.S. gas can be a factor,” says Richard Kauzlarich, director of the Center for Energy Science and Policy at George Mason University and a former U.S. ambassador to Azerbaijan. “Assuming the price is right.”

But the Oct. 7 report from the AP suggests that a group of American businessmen wanted to interfere in the market and took the Ukraine LNG lobbying push further. The businessmen — Lev Parnas, Igor Fruman and Harry Sargeant III — allegedly tried to replace Kobolyev as the CEO of Naftogaz and planned to broker a deal to sell their own natural gas to the company.

The AP reports that Perry advocated to fire and replace the entire membership of Naftogaz’s advisory board. Perry said Monday that the suggestion that he demanded particular people join the board was a “dreamed up story” and said that he “gave recommendations at the request of the Ukrainian government.”

Trump, for his part, has furthered questions about the role natural gas and its chief promoter in the administration has played in the Ukraine saga. Over the weekend, Trump tried to pass the blame for the now infamous phone call in which he asked the president of Ukraine to “do us a favor” of investigating Biden: he suggested that it was Perry who’d told him to make the call.

According to an Axios report, Trump explained Perry’s demand on a phone call for GOP House members. It was, he added, “something about an LNG plant.” 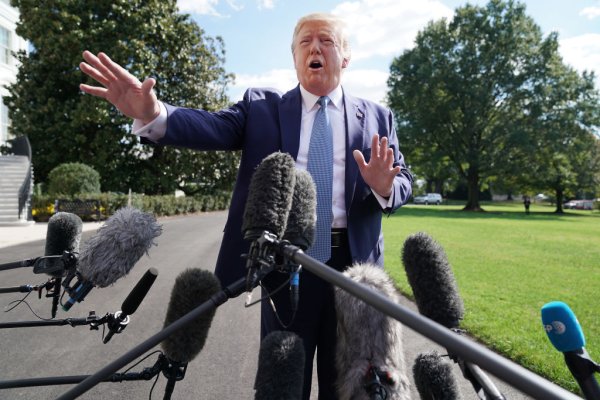 'My Great and Unmatched Wisdom'
Next Up: Editor's Pick