Less than two weeks after debuting a new line of gender-neutral dolls, Mattel has unveiled its latest Barbie Career of the Year doll: Judge Barbie.

Following in the footsteps of last year’s Robotics Engineer Barbie, Judge Barbie is available in a variety of different skin tones and hairstyles, and is intended to “inspire girls to explore judicial careers with the hopes that one day they will sit on the bench and make important decisions that can change the world for the better,” according to Barbie’s press release.

In an effort to help close the “dream gap,” a cultural phenomenon that sees young girls begin to lose confidence in their own competence starting at age five, Barbie has partnered with GoFundMe to raise money for three nonprofits that support female empowerment: She’s The First, She Should Run and Step Up. The start of this new initiative coincides with the one-year anniversary of the launch of Barbie’s Dream Gap Project as well as International Day of the Girl 2019 (Oct. 11).

Global head of Barbie Lisa McKnight told USA TODAY that the company decided on judge as its 2019 Career of the Year after learning that only 33 percent of sitting U.S. state judges are female. “Barbie has had over 200 careers,” she said. “We like to say, ‘There isn’t a plastic ceiling that Barbie hasn’t broken.'” 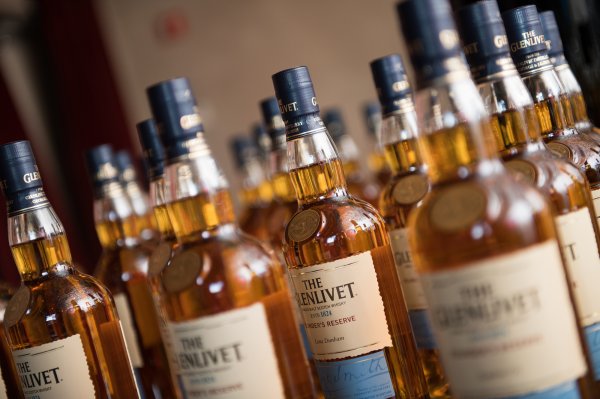 Glenlivet's New Edible Whisky Capsules Are Giving People All of the Feelings
Next Up: Editor's Pick