As first reported by The Hollywood Reporter, Maddow will play a character from the Batman comics: Vesper Fairchild, a television and radio personality who once had a romantic relationship with Bruce Wayne.

But don’t get too excited. Per The Reporter, Maddow won’t actually appear on screen; at least for now, she’ll play a solely vocal role.

“We consider Vesper Fairchild to be the sardonic Voice of Gotham,” Batwoman showrunner Caroline Dries told The Hollywood Reporter in a statement. “In addition to Rachel’s interest in Batwoman, we thought she’d be the perfect casting choice because her own hard-hitting journalism wildly contrasts Vesper’s penchant for snark, gossip and criticism of female superheroes.”

Maddow is a vocal fan of Batwoman, the DC comic series about a lesbian superhero. She previously wrote an introduction for the 2010 Batwoman graphic novel Elegy by Greg Rucka. 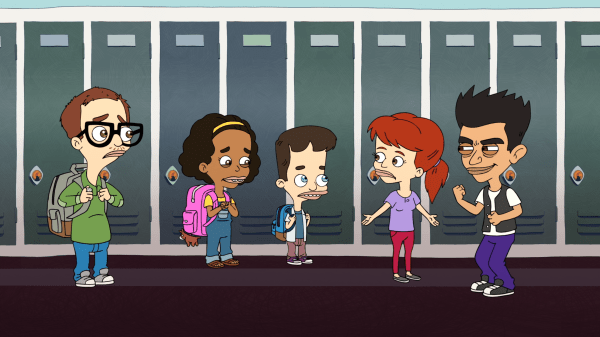 Big Mouth's Brilliant Season 3 Premiere Explains Why We're All So Messed Up About Women's Sexuality
Next Up: Editor's Pick