Meet John Durham, The Man Tasked With 'Investigating the Investigators'

John Durham speaks to reporters outside of the U.S. District Court in New Haven, Conn. on April 25, 2006.
Bob Child—AP
By Tessa Berenson

Donald Trump’s fixation on the Mueller investigation and Ukraine’s role in the 2016 election is filled with dubious characters, pitched Twitter spats and bombastic TV personalities.

But the man at the Justice Department in charge of investigating the origins of the counterintelligence probe into the Trump campaign is longtime federal prosecutor John Durham—a man known for his modesty and restraint.

“John is a straight shooter,” says Stephen Robinson, who was the U.S. Attorney in Connecticut from 1998 to 2001 and had Durham as his deputy. “He is very careful, thoughtful, he’s methodical. It’s rare in today’s world, but he’s a person who runs away from the camera.”

Durham, who became the U.S. Attorney in Connecticut in 2018, has been tasked with “exploring the extent to which a number of countries, including Ukraine, played a role in the counterintelligence investigation directed at the Trump campaign during the 2016 election,” Justice Department spokesperson Kerri Kupec said in a statement on Sept. 25.

His mandate, the Justice Department also said, is to determine whether “intelligence collection activities by the U.S. government related to the Trump 2016 Presidential Campaign were lawful and appropriate.” The investigation was launched in April.

Durham has a “small team” under him on this matter, according to a Justice Department official. But he also enjoys the direct support of the Trump administration.

Attorney General William Barr has traveled extensively as part of the investigation to introduce Durham to foreign counterparts, including to officials in Italy and the United Kingdom. Barr has also enlisted Trump to call other foreign leaders about the matter.

Read More: How Trump’s Obsession With a Conspiracy Theory Led to the Impeachment Crisis

Barr, who was appointed by Trump and has a strong view of executive power, has apparently taken a personal interest in Durham’s investigation. But those who know Durham say it’s not his style to get caught up in politics.

Durham would never “start an investigation with anything other than an open mind,” says Anthony Cardinale, a Boston lawyer who has known Durham for decades. “Particularly I don’t think he’s the kind of person [who] if somebody said to him, for example, ‘This is the result we want you to reach,’ I don’t he’d take the job.”

Barr chose Durham for this role because of “his credentials,” says a Justice Department official. “He has a rock-solid reputation as an investigator.”

Durham’s broad investigation fits into a complicated constellation of people inside and outside the government looking into both allegations of surveillance of Trump’s 2016 campaign and, separately but perhaps relatedly, whether Ukraine interfered in the 2016 election.

Justice Department Inspector General Michael Horowitz recently completed an internal review about the FBI application for a warrant for surveillance on Trump campaign aide Carter Page during the 2016 election. That report will be declassified and released imminently, according to a Justice Department official.

A separate investigation by the U.S. Attorney in Utah, John Huber, which had been examining the FBI’s surveillance of Page, and other FBI conduct, has been “subsumed” into Durham’s, according to the Justice Department official.

Partly as a result of these competing endeavors, Durham’s investigation is under intense political scrutiny.

“This investigation of the investigators is a politically motivated distraction,” Democratic Connecticut Sen. Richard Blumenthal said in a statement on May 14 about Durham’s assignment. “And it threatens to degrade the career professionals — like John Durham — who devote their lives to law enforcement. This is an example of another very professional public servant tasked with a very unprofessional and unbecoming job.”

Blumenthal and the other Democratic Senator from Connecticut Chris Murphy have both praised Durham as a “fierce and fair prosecutor.”

Durham’s own reputation for thorough, nonpartisan work has remained intact over decades as a federal prosecutor targeting corruption. And people who know him expect him to handle this investigation honestly, despite the heated political environment.

“He is not naïve,” says Robinson. “He understands the political implications of the work that he’s been asked to do and the potential impact it could have. He’s not going to wilt under that.” 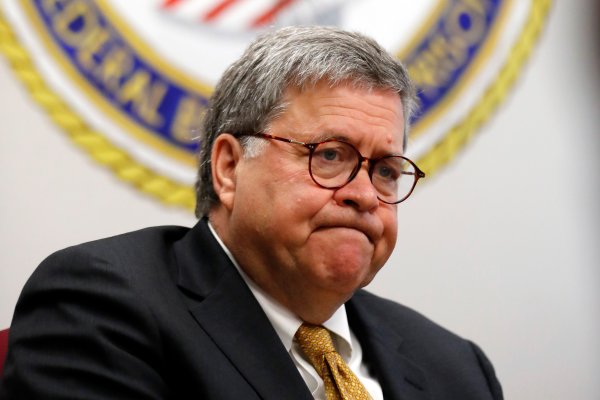