The 5 Best Songs of the Week, From Niall Horan to Angel Olsen

October kicks off with strong debuts and equally strong follow-ups from the likes of Summer Walker, R&B’s newest breakthrough star; Angel Olsen, whose indie folk is boosted by the addition of strings; Isaac Dunbar, a teen with a keen ear — and intuition — for turning pop into relatable confessions; Niall Horan, who kicks off his sophomore album with a fresh sound; and Horan’s fellow Irishman Dermot Kennedy, a musical poet who has earned a devoted fanbase on the strength of his heartrending balladry, and whose second album also drops this week.

Followers of R&B have known the name Summer Walker for a minute now; the Atlanta-based artist has been bubbling up ever since she made a viral mashup hit in 2017 and released her first project Last Day of Summer in 2018, with a boost from an ensuing Drake feature. Walker is now primed for the big stage with her new debut album Over It. “Come Thru,” with the ever-smooth Usher, is silky but catchy contemporary R&B, instantly likable. A trap beat never steals focus from Walker’s endlessly flexible voice. And Usher? He’s still cool.

“Nice to Meet Ya,” Niall Horan

On his debut solo project Flicker, former One Directioner Horan won himself independent success by sticking to a folksy, acoustic sound that distanced him from his boy-band past and leaned into his Irish singer-songwriter image. “Nice to Meet Ya,” the new single off his upcoming sophomore project, switches things up again. The tune is grounded by his easygoing hum and a confident, low-key lyrical delivery, but it’s a pop song through and through, with a catchy rock inflection to boot. Horan has said that he was in a different headspace while writing this album than the one that inspired the reflective melancholy of Flicker; “Nice to Meet Ya” suggests we’re in for a fun ride.

For her fifth album, Angel Olsen presents a collection of songs grounded in her indie folk tones, written during a self-imposed exile in the Pacific Northwest. But it’s the 12-piece string section, which shines on “New Love Cassette,” that may surprise fans. Olsen gives the orchestration and voice parts room to breathe, not just using them to heighten emotional stakes. Consider the end of the song, which sees both Olsen and the instruments level up octave by octave, seemingly testing one another until they fade into a sweet, quiet outro. It’s an achingly intense love song: “Gonna show you love all of the time / Gonna be your breath when you’re out of life.” But in that moment, it’s also a lover’s lullaby.

At only 16 years old, Isaac Dunbar is wise beyond his years. The teen indie-pop star on the rise makes music that’s achingly vulnerable and cuts straight to the core. The kicker: he’s got a lovely voice, too. “Body” sees him explore insecurities in an affecting sing-song. “You know how I feel about my body, all the ripples and tears,” he confides: “Why can’t I see me in the way that they all do / when I’m looking in the mirror?” Dunbar first caught attention last year for his debut album balloons don’t float here; “body” is a worthy follow-up as the artist doubles down on what makes him unique.

For four years now, Dermot Kennedy has been doing the work: he started out as a street busker in his native Ireland, working his way up to sold-out shows in venues across the U.S. and Europe. Now, he has finally released his debut album, Without Fear. Kennedy’s is a powerful voice; his music scratches emotional itches, built on a foundation of intense nostalgia and heartache. “Rome,” one of the new tracks on the album, bemoans a lost love with his signature intensity: “Midnight drives when you’d sing / I’d play you songs you were in / I just want to be there again.” Written out like this, it seems simple enough. But Kennedy’s verses help us dwell with him in the bittersweetness of those in-between moments. His way of articulating and singing through pain offers us a way to feel things a little more fully. 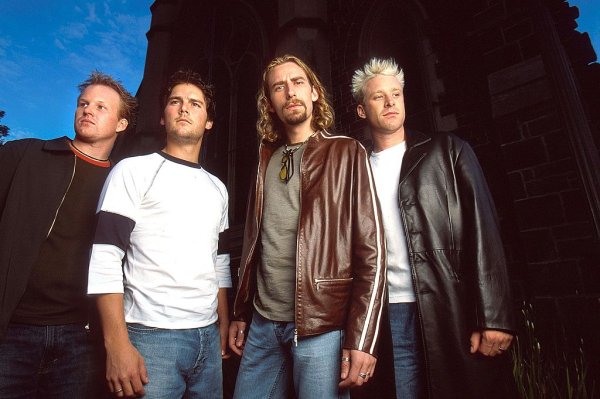 Here's What You Need to Know About Twitter Removing That Nickelback Music Video President Trump Used
Next Up: Editor's Pick