Solar Plane Will Circumnavigate Earth in 2015

A new airplane was unveiled in Switzerland on Wednesday that its builder hopes will fly all the way around the earth using only solar power in 2015.

The Solar Impulse 2 has a 236-foot wingspan—longer than a Boeing 747—covered in 17,248 solar cells that power four electric motors, which in turn drive the plane’s propellers.

Weighing in at 5,000 pounds, the Solar Impulse will ferry just one pilot at a time and not much else at a top speed of 87 mph. To cross the vast Atlantic and Pacific oceans, the plane will have to stay airborne for at least five days at a time, gaining altitude during the day when the sun is out and slowly descending about 5,000 feet in the evening when it’s dark.

The plane will be piloted in shifts by the two founders of the Solar Impulse project, Bertrand Piccard and Andre Borschberg. Though the plane, they say, could theoretically fly indefinitely, the pilots cannot.

“So we have a sustainable airplane in terms of energy,” Borschberg told the Associated Press. “We need to develop a sustainable pilot now.”

The flight will take place in 20 airborne days over the course of three months in 2015. It will be grounded on the remaining days to allow the two pilots to switch off. The plane will be tested in May and June this year. 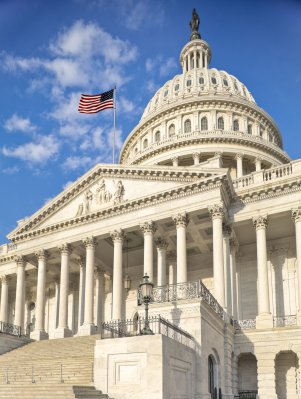 Science Proves It: The Senate Really Is Junior High
Next Up: Editor's Pick