At least 19 soldiers were injured and transported to hospitals in a night-time military exercise Wednesday at a Mississippi military base after they parachuted from an airplane and the wind blew them away from where they were meant to land.

The 4th Brigade Combat Team, 25th Infantry Division with the U.S. Army was conducting an airborne operation at Camp Shelby at 8 p.m. as part of a 10-day training exercise when the incident occurred. The unit is based in Alaska. Some of the jumpers landed in trees and none of the injuries were life-threatening, John Pennell, spokesperson for U.S. Army Alaska, tells TIME.

CNN reported that 84 soldiers took part in the jump and that all 84 were accounted for. Capt. Ashley Sangster, 25th Infantry spokesperson told CNN that some soldiers were left with limb injuries from hard landings.

The 25th Infantry division had said in a statement on Facebook that they are “grateful for the overwhelming support” they received from “units here on Camp Shelby as well as local first responders.”

“Airborne Operations all bear an inherent risk. We strive to mitigate this risk as much as possible,” the statement said, adding that a nearby hospital was notified before the jump about the possibility of an influx of patients. 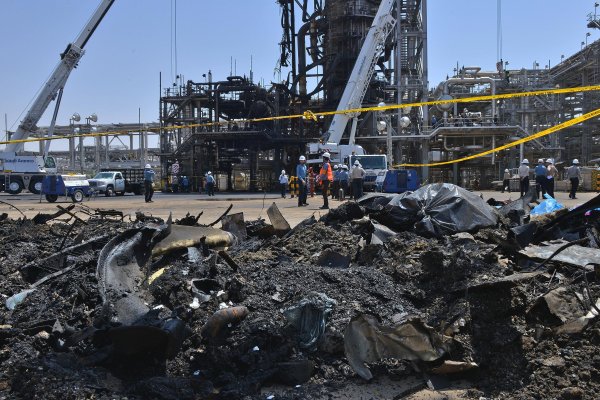 America Needs a New Strategic Triad to Face the 21st Century
Next Up: Editor's Pick