At least seven people were killed after a vintage Boeing B-17 bomber aircraft crashed at Bradley International Airport in Connecticut Wednesday morning.

An anonymous Connecticut state official told the Associated Press that seven people died in the crash. Earlier, state officials said 14 people were injured and noted there were multiple fatalities.

Thirteen people were aboard the aircraft, including 10 passengers and three crew members, said James Rovella, commissioner of the Connecticut department of emergency services and public protection, during a news conference Wednesday. The plane struck a maintenance facility upon landing, and at least one person was inside the building at the time of the crash, according to Rovella.

Kevin Dillon, executive director of the Connecticut Airport Authority, told reporters the plane crashed at the end of a runway just before 10 a.m. while attempting to land.

Doctors with Hartford Hospital said during a press conference that they received six patients from the crash. Three victims were in critical condition, two were moderately injured and one sustained minimal injuries, they said. Officials said during a separate news conference that victims were also taken to St. Vincent’s Medical Center and the burn unit at Bridgeport Hospital.

Bradley International Airport said the aircraft was a Collings Foundation World War II plane—a B-17 Flying Fortress. The airport reopened one runway at 1:30 p.m. Dillon said that numerous flights have and will continue to be cancelled.

The National Transportation Safety Board will investigate the cause and origin of the crash, according to Rovella.

The Hartford Courant reported earlier in the week that the B-17 aircraft was among five planes—including a B-24J Liberator bomber, B-25 Mitchell bomber, a P-51 Mustang fighter and a P-40 Warhawk fighter—that would be at Bradley starting Monday through Thursday for tours. 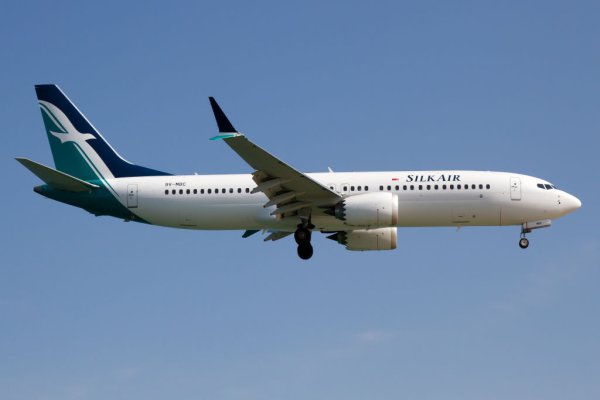 Fleet of Grounded Boeing 737 Max Planes Will Be Parked in the Australian Desert as Investigation Continues
Next Up: Editor's Pick