Signals from a site deep in the Indian Ocean picked up by an Australian naval vessel Tuesday have led investigators to believe they’re closing in on the site of the lost Malaysian Airlines Flight 370.

“I’m now optimistic that we will find the aircraft, or what is left of the aircraft, in the ‘not-too-distant future,’” said Angus Houston, the Australian official overseeing the search. “But we haven’t found it yet, because this is a very challenging business.”

The search area has now been reduced to an area of 22,364 square miles, roughly the size of West Virginia, located more than 1,000 miles northwest of Perth, Australia.

The search for the Boeing 777, which vanished with 239 souls aboard on March 8, has neared a critical stage as time runs out to locate the plane before the battery life expires in its “black boxes,” which send off the signals authorities believe they’ve picked up. Batteries on the black boxes are designed to last roughly 30 days, an expiration date that passed Tuesday. Once authorities have determined to stop using the ping locator that scans for black box signals a drone submarine will be deployed to painstakingly create a sonar map of the search area seabed, something that may be “not far away,” Houston said.

Locating the boxes once the batteries have run out would be extremely difficult, perhaps impossible, according to the Associated Press.

“Hopefully in a matter of days, we will be able to find something on the bottom that might confirm that this is the last resting place of MH370,” Houston said. 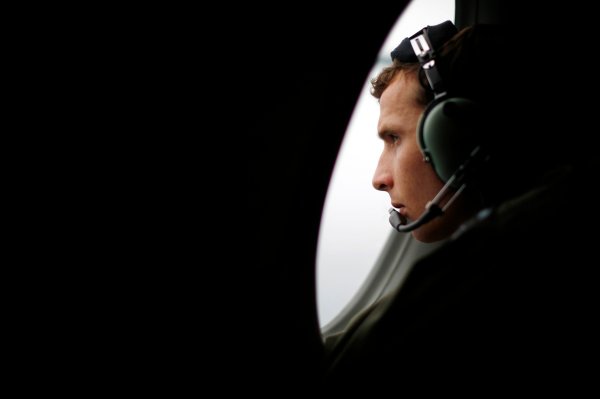 Nothing Yet on Missing Jet
Next Up: Editor's Pick