A man smokes an electronic cigarette inside a vape shop in Washington, D.C., on July 9, 2019.
Alastair Pike—AFP/Getty Images
By Sarah Milov

Each week brings a new story of some calamity brought by vaping.

In late July, a Connecticut man filed suit against e-cigarette giant Juul Labs after suffering a massive stroke. The suit alleges that he became addicted while he was still a high schooler, even though the company says it is specifically taking action to prevent young people from trying the product. In August, an Illinois patient died after vaping, succumbing to a mysterious respiratory illness; news broke teens in the Midwest hospitalized with severe and unexplained respiratory symptoms; and the FDA announced that that it was investigating the relationship between e-cigarette use and seizure risk. On Oct. 2, authorities in Alabama announced the latest vaping-related death, bringing the national toll to 17. Meanwhile, the CDC has confirmed, as of Sept. 27, 805 cases of lung injury related to vaping.

Death and disease are serious. So too are the staggering rates of use among young people.

According to the National Youth Tobacco Survey, more than 20% of US high schoolers vaped in 2018—an alarming increase of 78% over the previous year. Preliminary data from this year’s survey suggest a continued rise in youth e-cigarette use. Recent studies suggest that young people who vape are more likely to become smokers. Public health officials warn of an epidemic, the full consequences of which are not yet known.

Take the example of preemption laws, which prohibit lower levels of government from passing stronger legislation. Preemption is a defensive tactic. Industries turn to it when cities pass laws that more strictly regulate products or practices, such as higher minimum wage laws, stronger gun control and even the removal of Confederate monuments. Big Tobacco pioneered the use of preemption laws in the 1980s—and now e-cigarette manufacturers, including Juul, the biggest player in the e-cigarette market, are turning to that page in the Big Tobacco playbook.

The earlier wave of preemption laws began when Big Tobacco realized its deep pockets were no protection against grassroots initiatives. In the 1970s, anti-tobacco activists faced a target whose harms were uncertain: secondhand smoke. Extensive evidence of the grave health risks posed to nonsmokers by secondhand smoke would not emerge until 1986, when the Surgeon General issued a report focused on the consequences of “involuntary smoking.” But beginning in the early 1970s, a small number of Americans began to insist that they had a right to smoke-free air in public places. Their arguments were primarily civic, not scientific: nonsmokers were a numerical majority. If other people’s tobacco smoke bothered them, why should they have to put up with it at all? And since Big Tobacco possessed extensive clout in Washington, activists reasoned that their efforts would be more successful if they targeted lawmakers close to home.

By the 1980s, the industry’s response to the grassroots insurgency became clear. As one tobacco lobbyist put it in 1980, “state laws which preempt local anti-tobacco ordinances are the most effective means to counter local challenges.” The goal was to secure the passage of weak smoking restrictions so as to prevent stronger measures passed by cities.

Beating back the onslaught of anti-smoking ordinances took a lot of vigilance, and the tobacco industry installed lobbyists in every state house. According to the Centers for Disease Control, between 1992 and 1998—years when tobacco’s grave risks to smokers and nonsmokers alike were already well-known—31 states enacted preemptive tobacco laws. Most of these prevented cities from writing stronger smoke-free laws, but some also preempted youth-access restrictions and controls on promotion and advertising.

Once passed, preemption laws are extraordinarily difficult to repeal—in part because they tamp down enthusiasm for grassroots organizing. Today, many in public health consider preemption the biggest political challenge faced by anti-tobacco forces.

Even as the vaping industry insists that its efforts to raise the age of purchase for tobacco products prove that it is a responsible corporate citizen, it has shown interest in doing what Big Tobacco did back then: taking power out of the hands of localities across the country and putting it into the hands of state legislatures. For example, in Arkansas, a Juul-backed “Tobacco 21 Law” prohibited Arkansas cities from enacting more stringent measures to control e-cigarettes. In South Carolina, meanwhile, Juul’s lobbyist testified earlier this year in favor of a preemptive measure, but while he acknowledged his work with Juul, said he only was only there to represent another client—the South Carolina Association of Convenience Stores.

Such a move would have been familiar to the Big Tobacco lobbyist who found state houses a congenial workplace. Preemption bills were a lot easier to pass “if you have a lobbyist who’s been in the state capitol and knows the executive director of the state hospitality association and the state chamber of commerce and the state AFL-CIO and all the other groups that might help,” Walker Merryman, a Tobacco Institute lobbyist, explained in 1989.

What’s at stake in these measures is not only the ability of a company like Juul to continue marketing its product; it is also the ability of everyday citizens to access and shape politics—a challenge more acute in our post-Citizens United era of supercharged political spending by corporations. Opportunities remain to combat the power of the vaping industry, as cities can piggyback on previous successes scored by anti-tobacco activists, amending current smoke-free laws to include e-cigarettes. Quick action by cities now could even mitigate the effects of a potential preemption law by setting new norms and encouraging private businesses to establish their own policies. Such a move would also send a message to state lawmakers that communities want local control.

Big Tobacco’s playbook isn’t the only one available for reference all these decades later; activists’ examples can be followed too. And the key insight of the antismoking activism of the last century was that the most accessible levers of power were also the most effective. There’s a reason why industry is afraid of local government. Vigorous assertion of local control over vaping is not just good for public health. It’s good for democracy.

Sarah Milov is the author of The Cigarette: A Political History, available now from Harvard University Press. 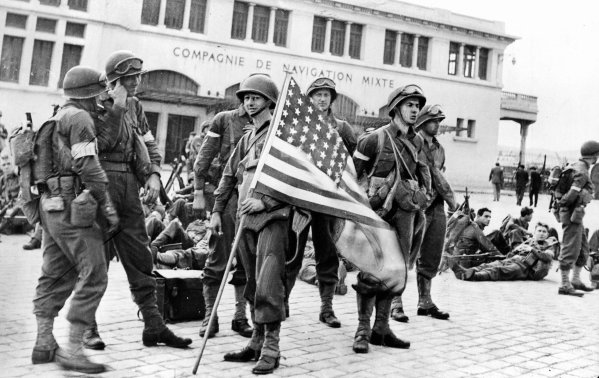 The U.S. Recruited Missionaries as Spies During World War II. Their Stories Are Only Now Being Told
Next Up: Editor's Pick