How I Learned to Let My Kid Fail

While no one will die from failing a test or even a course, it nevertheless feels terrifying for both kids and parents, writes Diane Tavenner.
Hero Images—Getty Images/Hero Images
Ideas
By Diane Tavenner
Diane Tavenner is a co-founder of Summit Public Schools, a national network of public schools, and the author of Prepared: What Kids Need for a Fulfilled Life.

People have a complicated relationship with failure. Most of us fear it for ourselves, and for our kids. But we also know kids are supposed to learn from failure. So the question for most parents is how do we avoid falling into the trap of being overbearing helicopter parents on the one hand and hands-off free-rangers on the other? How do we find the sweet spot?

When it comes to the obvious challenges our children face (a big test, for instance), we tend to wonder which is better — let them fail or not? The problem is, while no one will die from failing a test or even a course, it nevertheless feels terrifying for both kids and parents. Real conse­quences loom – not graduating, not being accepted to college, even not get­ting reasonable car insurance (which, at least with some companies, is cheaper for students with a B average or higher) – and they are daunting enough that many parents intervene to prevent failure.

But it doesn’t end there. We put structures in place to prevent our kids from even coming close to a failure. Before we know it, we have elaborate systems for checking homework, monitoring grades and assignments, contacting teachers, even checking up on class participation.

While the basic idea of learning from failure is supported by evidence, the sink-or-swim method doesn’t really work. Failing is only productive when two things are true: first, the person who fails actually learns something from it and is thus motivated to try again, and second, the failure doesn’t permanently close future doors.

Ironically, video games, one of the things parents often fight against in their quest to prevent failure, offer some real insight into a third way. When my son Rett was 10, he would do anything to play Cut the Rope, an app based on the science and math principles of angles and veloc­ity, so I downloaded it for him as a treat. In the game, an adorable little monster named Om Nom loves candy, and the player has to cut the rope the candy dangles from in exactly the right place so it falls into Om Nom’s mouth. The second I handed the phone to Rett, he was off, going so fast I couldn’t even follow his moves.

“What, Mom? I’m just playing it the way you’re supposed to.”

What I quickly realized is that he was cutting the rope in the wrong place, a lot. Om Nom was sad every time, but it soon became clear Rett wasn’t fazed. He had realized it didn’t matter, so he tested and retested, figuring out as he did where to cut next. Unencumbered by the fear of failure, he could progress through the game rap­idly, getting better with each attempt, incorporating as much learning from the misses as the successes.

When Rett turned 13, I found another constructive way to let him fail. My husband and I reasoned that even if he just learned to make 10 things for dinner by the time he was 18, he’d leave our house knowing how to make 10 meals for himself, and he could definitely survive like that.

I didn’t set him loose and say, “Okay, great, call me when dinner’s ready!” Instead, I pulled out the recipes I thought would be good for him to start on, the ones without a ton of ingredients or complicated steps and techniques. From that curated pile, he chose what he wanted to make each week.

I made a few mistakes at first. I got distracted and disap­peared while Rett was cooking – he needed guidance and without it, burned something. I got too involved. He didn’t know proper knife techniques so when he almost cut his fin­ger I rushed in and soon I was cooking and he was watching. There was some foundational knowledge he was missing, like why the order of adding ingredients mat­ters.

On the nights he cooked, dinner took a long time. The kitchen became messier than I’d like, and quite frankly the food was not as good. But I noticed that if Rett asked me a question and my answer turned into my taking over, he would disengage, sometimes completely leaving the kitchen.

So my husband and I created some rules for ourselves. When Rett’s cooking, we decided, one of us must be present to answer his questions. But we need to be doing something else, too – paying bills, reading an article, or doing some work – so we are not there exclusively to oversee him. We need to stay on the opposite side of the counter. We also need to suck it up if a meal isn’t all that good or the kitchen is messy.

Slowly but surely, Rett is learning to be a capable cook. In a way, potentially eating cereal for dinner, in the case of a com­plete failure, is the easy part. The hard part is the work we need to do with ourselves to productively let go and trust the structured process of growth.

Often the solution is to let our kids fail – in small ways. Try taking a step back. Be willing to be needed differently. Give feedback and guidance rather than answers. Ask questions that help your child reflect on what they want, who they are, what they care about, how they feel, and, ultimately, what they should do as a result.

When it comes to things like school, we can take the same approach. Take a risk on the small things, like homework. Put your kid in charge and assume the role of coach. Remember that the consequences of messing up one assignment, or even a few are not life-altering. Let your child build their own routine, ask for help and engage with their teacher. Spend your time asking what your child’s goals are, what their plan is to achieve them, and how progress is going. In doing so you will help them build and practice the lifelong skills they need to be independent and successful in their day to day activities, as well as the high stakes moments. Step in only when it’s clear that the entire house will be on fire if you don’t intervene. Then once you’ve worked together to put out the flames, step aside once again.

My husband and I, like all parents, like being needed by our child. And the fact is, when kids are self-directed, the role of the parent changes. But from my experience of decades of teaching and parenting, that’s the best way to prepare them, and in time, we figure out our new place, too. 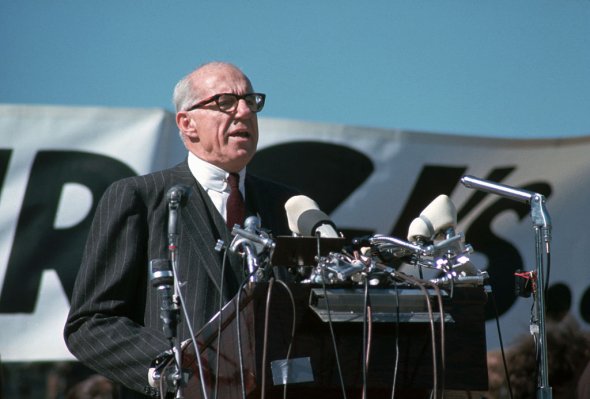