A United Airlines passenger was stuck in the bathroom while the plane was airborne on its way to San Francisco Wednesday, leading the pilot to divert the flight to Denver.

After the passenger went into the Boeing 737-800’s lavatory, no one could get the door to open. So, United Airlines Flight 1554 eventually landed at Denver International Airport around 7:30 p.m. Mountain Time.

Denver Fire Department Capt. Greg Pixley confirmed to TIME that the fire department was called in to help get the passenger out and was able to get the door open.

Another passenger on United Airlines Flight 1554 posted a video to Twitter showing a group of people — some in orange vests — huddled around the bathroom door, attempting to pry it open. “Ma’am we’re just working on opening up the door at the moment ma’am. We’ll get you out soon, OK,” says one man, who appears to be a crew member.

United Airlines responded to the passenger from its Twitter account saying the company was “sorry for the wait today” and that their teams would “do their best to have [the passenger] back in the air and on [her] way to San Francisco as soon as possible.”

It appears that United did end up getting the plane back on track, about three hours after it landed. United Airlines Flight 1554 ended up leaving Denver International Airport at 9:51 p.m. MDT and arrived at its original destination — San Francisco — at 11:15 p.m. PDT, according to Flight Aware.

United Airlines said in a statement that they are “reaching out to all customers onboard and the customer in the lavatory to apologize,” according to CBS News. 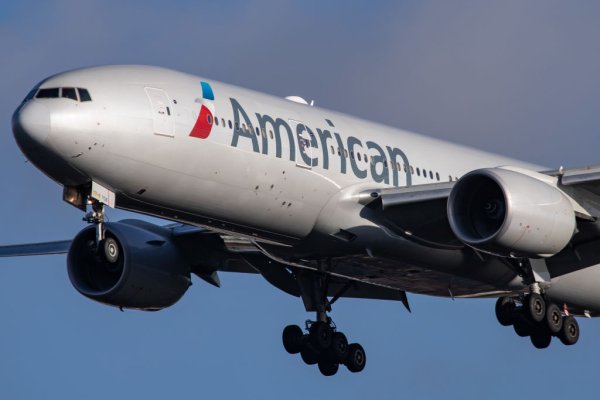 Mechanic Accused of Sabotaging American Airlines Flight May Have Ties to Terrorism, Prosecutors Say
Next Up: Editor's Pick