TIME Journalists To Appear at the 2019 Texas Tribune Festival

TIME will join the 2019 Texas Tribune Festival, the three-day festival that brings Texas’ biggest names and the nation’s most influential public figures together to address politics and policy, from September 26-28, 2019 in Austin, TX. Among the special TIME events are a discussion with leading newsmakers about TIME Person of the Year and a screening of the original documentary “The Border Hustle.”

On Thursday, Sept. 26 at 1PM, TIME executive editor Ben Goldberger will moderate a panel about who should be TIME’s Person of the Year in 2019. For this special discussion, former U.S. Senator Jeff Flake, CNBC editor-at-large John Harwood, former governor of New Mexico Susana Martinez, and founder of Moms Demand Action Shannon Watts will join Goldberger, the editor of Person of the Year, to debate who has had the greatest influence on our year—for better or worse.

TIME supervising producer Justine Simons will join Texas Tribune investigative reporter Jay Root for a panel moderated by editor in chief of the Texas Tribune Emily Ramshaw at 2:30PM Sept. 26 to discuss “The Border Hustle,” a documentary about the migrant smuggling and detention industry. The discussion will follow a screening of the documentary, which is a collaboration between TIME and The Texas Tribune.

For more details and a full schedule of events, visit: https://festival.texastribune.org/schedule 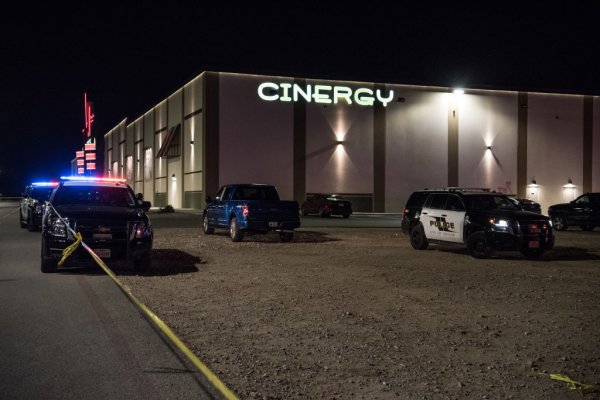 'Somebody Tried to Kill Me Today.' Odessa Grandmother Recounts Locking Eyes With West Texas Shooter
Next Up: Editor's Pick