Planes Weren’t Built for Big People Like Me. Here’s What I Want My Seatmates to Know

Erik Witsoe—EyeEm/Getty Images
Ideas
By Kimberly Dark
Kimberly Dark is the author of Fat, Pretty, and Soon to Be Old: A Makeover for Self and Society.

He’s six foot five if he’s an inch. Legs like tree trunks latch into a strong torso with muscular shoulders so wide there’s no way he can stay in his own seat. A full head of tousled blonde hair and a still-boyish thirtysomething face makes me smirk to think of the effort he must expend to manage an evening home alone in contemplation. But what do I know? Clearly, he spends some time at the gym. Those shoulders are so shapely; he can’t miss much workout time.

It’s a long flight. I look at people; I talk with people. What else is there to do? People are interesting when they’re forced into close proximity, besides. I’m not the only one who thinks so —ours is a looking-at-one-another kind of culture. We imagine others’ stories, experiences. We amuse ourselves with their prospective lives. Most of us don’t merely imagine; we envy, we pity, we lust, we judge.

Clearly, this man’s physique is a combination of genetic propensity and personal choices. His behaviors have enhanced his natural appearance, and it’s caused him to not fit so well in the space that the airline has sold to him. His seatbelt fits fine, but his legs and shoulders outgrow the space—they push him into the seat next to him and into the aisle. Yet his seatmate does not seem disturbed. She seems impressed. She’s an older woman who looks up at him admiringly, makes space for him so that he can be more comfortable. Flight attendants seem neither worried about the weight he adds to the aircraft nor how he inconveniences them when they go by with the cart and need to ask him each time to “watch your shoulder.”

I note other people’s bodies. We all do, whether we’re conscious of our constant assessments or not. It’s the relative privilege, merit, disdain or hatred we give them that I find worth discussion. It’s the way we bestow or revoke privilege in subtle ways, without even knowing we’re doing it. Moreover, I’m interested in how privilege comes to feel normal to people — so invisible; they don’t even see when others are not privileged.

I fit into the space that the airline has sold me only a little better than the handsome gentleman across the aisle from me on this flight. My hips are wide, and I’m bigger through the mid-section, so my thigh and hip touch the person next to me, just as his shoulder makes constant contact with the passenger on the other side of him. My seatbelt fits, barely. The tightness of the fit depends on the particular model of aircraft in which the airline chooses to transport us. Some are roomy as SUVs, others as cramped as sports cars. The vehicle choice and size are beyond our control, of course. We show up at the airport and get on a plane. Yet, passengers like he and I live on the edge of comfort in this type of public conveyance. We inconvenience our fellow passengers not because we want to but because of the diversity of the human body, of human choices. We inconvenience our fellow passengers because a plane ticket is one-size-fits-all. Some bodies have enough room to shift and lean sideways, to reach down for a bag, to pull a knee up to the chest for a stretch. Some bodies must sit very still and feel apologetic — or not. We inconvenience our fellow passengers through a combination of biology and personal choice.

Like the tall and shapely guy across the aisle from me, I am predisposed to physical grandness. Five nine is tall for a woman, but moreover I’m fat. My father and my grandmother were big fat folks too — along with being fit and active. To some readers, the latter will excuse my physical size, but let’s say I weren’t active. Would I be less deserving of comfort? Really? Would I be a less respectable human being? It’s a question worth asking oneself and answering with reflection and honesty. Yes, we’re a famine-proof family in a time of abundance. It’s amazing to be so blessed. And, my personal choices, like those of my golden flight companion, might make me bigger than I would otherwise be. I eat chocolate every day. I eat for comfort. And so do some of my thin friends. I have a beanpole friend who can cake me under the table and never gain an ounce. Luck of the draw. We’re both still fine human beings, and we deserve equal respect. If we’re ever stranded on a mountaintop, my portion of the last trail mix in the backpack will last me a bit longer, that’s all.

But right now, the issue is space on the airplane.

I’ve heard people speak ill of fat all my life. Some people say it outright; others talk about health and fitness, but they do it in a way that makes their disdain for fat people plain. Sometimes “health” is a euphemism for a standardized appearance. Plenty of trim people aren’t healthy, but that can be overlooked as long as they appear healthy. Of course, our views on “too fat” shift with time and cultural change. For a man in this culture, though, “too muscular” is pretty much impossible. “Too tall” is reached by a negligible few. I’ve heard some angrily purport that fat people shouldn’t fly on commercial airlines. That they’re weak, lazy, inconsiderate slobs. They shouldn’t be allowed to infringe on others, make the plane too heavy, and use additional fuel. Fat people shouldn’t assert their right to reach their loved ones, their employment, and their vacation destinations with ease and for the same price as a smaller person pays.

Meanwhile, I have heard other passengers and flight attendants offer the hulking fellow on this flight sympathy for what he has to endure in the tiny seat that just wasn’t made for someone as grand as himself. They say this with a barely perceptible admiration in their voices. They have sympathy for his endurance of this seat — the same size seat the airline sold to me. I can only assume that this is the kindness he’s always received. And that he has never wondered whether he shouldn’t receive it. Indeed, I think he should. He doesn’t have enough space for comfort, and, goodness knows, it’s never nice to be put into a position to inconvenience others involuntarily. I can only imagine that no one ever wonders if he had the courtesy to consider his immensity when he chose to spend that extra hour at the gym last week. Did he think, “Well, should I? I am going to be on a plane soon.” I admit, I don’t think that way either as I polish off a delicious sandwich or stir-fry. Why should we think these things? We have other matters on our minds.

And let’s all remember that the airlines have other things on their minds — things other than passenger comfort. There is an industry standard, and, within that standard, the obsession is profit. That’s considered healthy for a business. Some obsessions are allowable, praiseworthy even. Others, not so much. And if the airlines can encourage trim passengers to focus on the fat passenger in the next seat, then that takes the focus off how this conveyance is organized and structured — how we interact with businesses with our full personal power and integrity. The practice of focusing on the fat passenger may fuel a little animosity, a little hatred, but it won’t be toward the airline — and that’s good for business.

That big guy across the aisle may be a monk or a ninja or a spy rather than the hyper-privileged dandy I make him out to be. He may have a much more interesting story than I can even imagine as I sit looking at him and watching how others look at him. I’m just looking, speculating. We watch each other for amusement, after all — especially when we’re in tight spaces and entertainment is scarce. Looking is one thing, but judging some people worthy of dignity and others not — that’s a worry. How much space does judgment take up in your head? Here’s to all of us finding more healthy pastimes — like listening and love and looking for the best in one another. No matter why we come in contact with each other, it couldn’t hurt to treat everyone like they’re golden. 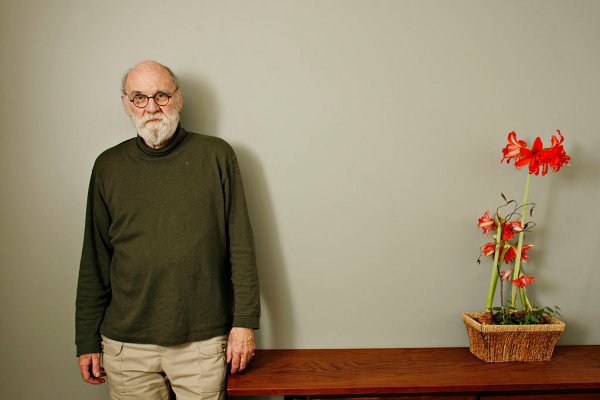