This American Said He Had to Pay $2,400 to Get Home After Travel Company Thomas Cook Collapsed

By Gina Martinez and Rachael Bunyan

The collapse of one of the world’s oldest travel agencies has impacted an estimated 600,000 travelers all over the world on Monday—including some Americans.

Thomas Cook collapsed into liquidation in the early hours of Monday morning after rescue talks failed to secure $250 million in contingency funding, leaving many thousands who paid for vacations with the company without a return ticket home.

“We are sorry to inform you that all holidays and flights provided by these companies have been canceled and are no longer operating,” the Thomas Cook said, adding that all Thomas Cook retail shops have also closed.

Thomas Cook is a British company, but it attracted customers from all over the world, particularly Europe.

British stranded travelers are now directed to turn to the U.K.’s Civil Aviation Authority—which is working to fly back passengers who booked their flights with the travel agency and were due back to the U.K. between Sept. 23 and Oct. 6.

On Monday, Condor Airlines, a German airline subsidiary to Thomas Cook, said that it currently had 240,000 customers abroad awaiting flights to return home.

The travel agency also advised passengers who were due to fly out of the U.K. with Thomas Cook Airlines that their flights were canceled.

While few Americans are likely to be impacted, at least one Florida resident said he spent more than $2,000 to get home after booking a trip to Scotland with the company.

BBC Scotland spoke to American Joe Datolli, who was stuck at Glasgow Airport with his mother Sally waiting for a flight back to Orlando.

“It’s been frustrating… While we were asleep, ready to head back in the morning, they went out of business and there’s nobody to be seen,” he said.

Datolli told the BBC that he and his mother were able to book a flight to Orlando from Dublin but it ended up costing them nearly $2,400 dollars more.

“As we’re standing here trying to book another flight the prices keep climbing or the seats keep getting taken. It’s becoming more and more difficult,” he said.

The collapse of the agency has also affected thousands of employees.

“I would like to apologize to our millions of customers, and thousands of employees, suppliers and partners who have supported us for many years. Despite huge uncertainty over recent weeks, our teams continued to put customers first, showing why Thomas Cook is one of the best-loved brands in travel,” he said. “This marks a deeply sad day for the company which pioneered package holidays and made travel possible for millions of people around the world.”

Here is what to know about Thomas Cook:

Why did Thomas Cook collapse?

Faced with Brexit, poor mergers and increased competition, the 178-year-old company finally fell to its demise on Monday.

Key to its downfall is Thomas Cook’s merger with MyTravel, a U.K.-based package travel company, in 2007. What had initially started out with hope, ended up in disaster. Thomas Cook ended up with huge debts that proved impossible to manage as, MyTravel had only made a profit once since 2001. The impact of the merger came to a head in May after Thomas Cook reported a record loss of £1.5 billion ($1.85 billion) and a steep drop in summer sales.

In August this year, there was hope that Thomas Cook could break free from disaster after it agreed to a $1.1 billion rescue deal with Fosun, a China-based investment company, Thomas Cook’s biggest shareholder and its debtholders.

However, as of Monday, Thomas Cook collapsed into liquidation after talks with shareholders, lenders and the U.K. government failed to come up with a rescue plan after the company’s banks demanded a further $250 million.

The agency was a popular one-stop-shop for travelers—known for its all-inclusive travel packages: the agency would book flights, hotels and tours for travelers.

Marc-David L. Seidel, professor at the University of British Columbia Sauder School of Business says travel agencies like Thomas Cook have become less relevant and necessary for travelers during the internet age.

“The rise of online travel information shifted power in the industry so that individual consumers no longer had to rely on brick and mortar travel agencies for expertise as much,” he tells TIME. “This intensified as the internet transitioned to more of an online travel community model where individual travelers share information about everything travel related to each other. That readily available and detailed information further reduced the power of travel agencies which had traditionally been the primary source of such expertise.”

Seidel adds that the rise of Airbnb might have also played a part.

“The growth trend of small travel providers such as individuals offering up rental units through internet platforms also puts pressure on organizations like Thomas Cook as a portion of their revenue was based on lodging,” he says.

While the bulk of Thomas Cook customers were based in Europe, the agency offered services to major U.S cities including New York City, Orlando and San Fransisco.

The State Department says that it is not able to track how many U.S. citizens are currently affected because American are not required to register their travel to a foreign country.

A State Department spokesperson tells TIME that the agency is currently monitoring the situation and that travelers should make their own arrangements to return to the United States.

“If Americans are destitute and without resources to get back to the United States, they should contact the U.S. Embassy or Consulate in the country where they are traveling to help them get in touch with family members or to evaluate other options,” a state department spokesperson said.

Frederic Dimanche, the director at the Ted Rogers School of Hospitality and Tourism Management at Ryerson University tells TIME that the effect on American passengers will be “not much” and that agency had a limited presence in the U.S.—with most of the company’s business coming from the U.K., Germany and Scandinavian countries.

“Thomas Cook had offices in the U.S., but beyond that most operations are European… this will likely be inconsequential for (travelers),” he says.

Seidel also says that the agency going out of business will most likely not have too much of an effect on American travelers.

“They have limited service in some cities—basically, it’s major cities and the leisure market, and a lot of that service would be outbound rather than inbound, so people visiting the States from Europe and a lot of their stuff was offered as packages,” he says. 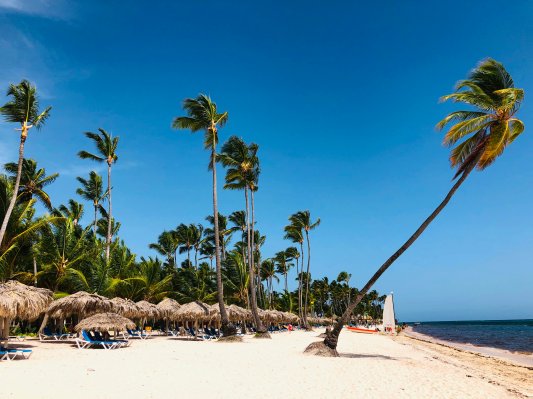