One person was killed and five others were injured in a shooting in Washington D.C. Thursday night, police say.

An alert issued by the D.C. Police Department says officers are looking for information on two male suspects in a light colored Nissan sedan armed with an AK style rifle. Though it appeals the suspects are still at large, law enforcement officers told Reuters it is not considered an “active shooter” situation.

The gunfire broke out in the courtyard of an apartment complex in the 1300 block of Columbia Road Northwest, according to police. The Columbia Heights neighborhood is about two miles north of the White House.

“Tonight at approximately 10 p.m. members of the Third District of the Metropolitan Police Department received a call for the sounds of gunshots,” Commander Stuart Emerman told reporters at a press briefing.

Emerman said that six victims, five adult males and one adult female, were shot. One adult male was killed in the incident. The other five were transported to area hospitals “with various gunshot wounds ranging from noncritical to critical,” he added.

Police are continuing to investigate the shooting, and remain on the scene interviewing people and reviewing camera footage from the neighborhood.

A reporter from local ABC affiliate ABC 7 News posted pictures to social media of ambulances on the scene and described a “massive police presence.” 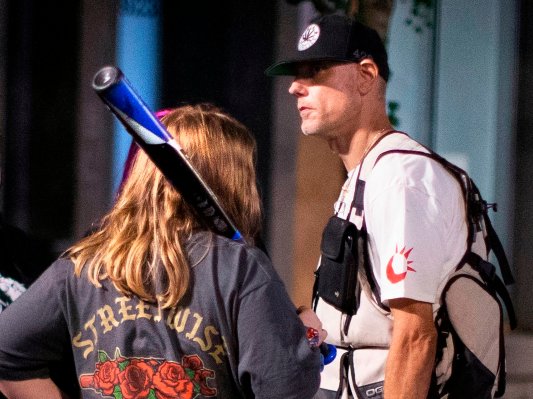