Secrets, All-Seeing Secretaries and a CIA Mission to Publish an Infamous Love Story

‘Unlike some of the men, we could keep our secrets.’
By Annabel Gutterman

In 1957, Boris Pasternak’s Doctor Zhivago, an epic love story set against the backdrop of the Russian Revolution, was published in Italy. The book, which chronicled a forbidden romance between a physician and his mistress, was banned in the Soviet Union for its anti-communist messages. But in an effort to undermine the revolution, American CIA agents worked to ensure the novel was brought back to its homeland.

Lara Prescott’s debut, The Secrets We Kept, reimagines Doctor Zhivago’s dangerous journey to publication, placing women serving as CIA secretaries at the center of the story. The novel closely follows three perspectives: Olga, Pasternak’s real-life mistress, on whom he based the fictional Lara (who in turn inspired Prescott’s first name); Irina, a new secretary being groomed to go undercover; and Sally, the glamorous agent training her. But there’s a fourth entity that takes on a crucial perspective in the novel: a Greek chorus of secretaries in the typing pool, at first unaware that a few among them are doing spy work. The Secrets We Kept opens in the secretaries’ collective voice, as they reflect on their ability to remain tight-lipped about what they observe at the office: “Unlike some of the men, we could keep our secrets.”

The novel flips between Irina and Sally’s adventures with Washington elites and Olga’s bleak days in the gulag where she’s serving time for her involvement with the book. Prescott, who has a background working for political campaigns, showcases a talent at blending thorough research–she used Olga Ivinskaya’s biographies to inform the character–with energetic prose. Her writing is propulsive when she describes the high-stakes handling of the controversial book. (At one point, Irina dresses as a nun and hands out disguised copies at the Vatican.)

When Irina and Sally’s covert mission spirals into something more, the other secretaries begin to catch on. But where some writers might endow those onlookers with envy or suspicion, Prescott instead paints the group as nosy but caring, curious but protective, all-knowing but discreet. And by allowing them to address the reader and assert their point of view–in a time and place where only men’s voices are heeded–Prescott puts the power in the women’s hands. 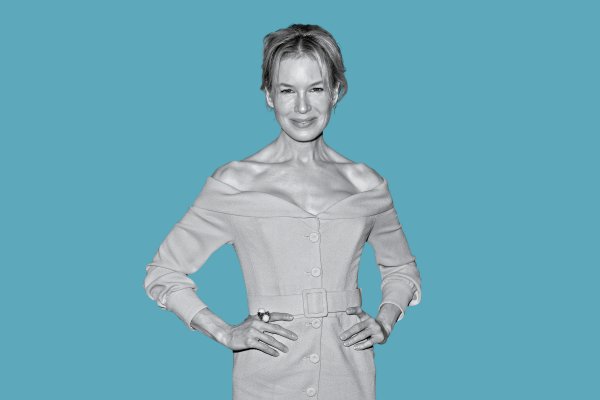 'She Never Stopped Hoping.' Renée Zellweger on Judy Garland, and What the Future Holds for Women
Next Up: Editor's Pick