This Year's Biggest Apple Release Has Nothing to Do With iPhones

Bruce Barritt saw the dilemma coming more than 30 years ago. Washington State’s apple growers were fixated on a single species, the Red Delicious, which made up 70% of the state’s apple production in 1988. But like a prudent investor, Barritt knew the importance of the mix in a portfolio, as well as in metaphors. “I just felt like they put all their eggs in one basket,” he says. “That cash cow wasn’t going to last forever.” He was right: production of the Red Delicious, which critics say is always red but rarely delicious, fell 11% from 2017 to 2018, according to the U.S. Apple Association.

Barritt advocated for the state to look beyond its star product–a task akin to talking the capital-A Apple into moving past the iPhone. But in 1994, Washington State University (WSU) began a breeding program led by Barritt, and his team set off on a quest to build a better apple.

Decades later, the fruit of their labors is ready for picking: apple variety WA38, better known as the Cosmic Crisp, thanks to a starry pattern on its skin formed by small pores called lenticels. To hear Barritt describe the Cosmic Crisp is to hear an artist who’s clearly proud of his work.

“It’s when you get your teeth into the apple and you try to pull away and hear a cracking sound–an acoustic characteristic,” he says, describing what makes an ideal apple. Texture and moisture are also key–you want a firm, crisp apple with a juiciness that renders the experience of eating it “very pleasant.” Barritt believes Cosmic Crisp is a triple threat. “There just isn’t another variety that has all three of those things at once,” he says.

Funded by WSU and Washington apple growers, Barritt’s team spent years producing thousands of hybrid seeds, then sampling the resulting apples. “Less than 1% are any good,” Barritt says. “But one or two will be, and that’s how you come up with the Cosmic Crisp.” In 1997, the team made a cross of Honeycrisp and Enterprise apples that resulted in what they were looking for. About five years later, they saw the fruit that would become the Cosmic Crisp. Twelve million Cosmic Crisp trees have since been planted, and 18 million pounds of the apples are set to ship across the country in December alone.

This apple could be a “game changer” for the industry, says Robert Crassweller, a horticulture professor at Penn State University. “This is the first time anyone has made such a concerted effort to develop a variety, release it and commit to such a large quantity,” he says. “Usually an apple comes along and gradually builds up in the market.”

Barritt is bullish on the Cosmic Crisp’s commercial prospects. Flavor and texture aside, it’s also resilient, able to stay in good shape for up to 12 months after being harvested and put into storage. That might make it popular with shoppers sick of throwing away uneaten fruit.

Indeed, a sample of Cosmic Crisp apples sent to TIME was harvested last year and put into cold storage in March. A few were bruised, but they were crisp and flavorful. And while they taste similar to other sweet apples, the flesh breaks away cleanly and requires little chewing before breaking down into a pleasant, juicy experience.

The Cosmic Crisp will have plenty of competition. Other new apple varieties, like the Ludacrisp and Summerset, are also on the way. But the WSU team isn’t done. An entirely new line of apples is in what Evans calls the “advanced selection phase,” with consumer testing to begin next spring. “The breeding program didn’t stop after we did the crossing in 1997,” she says. “It’s a conveyor belt of stuff moving forward.” 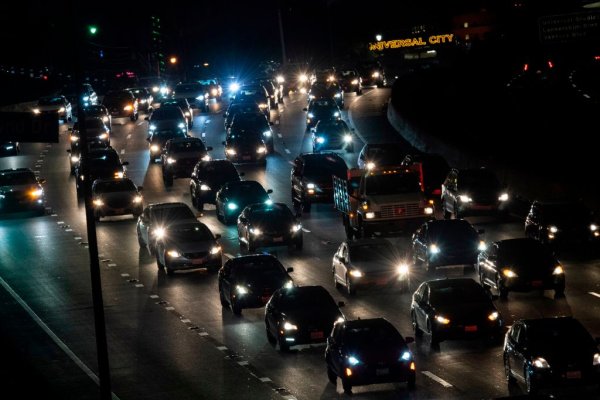 Trump Says Cutting Regulations Is Good for Business. But His New Battle on Car Emission Standards Could Hurt the Auto Industry
Next Up: Editor's Pick